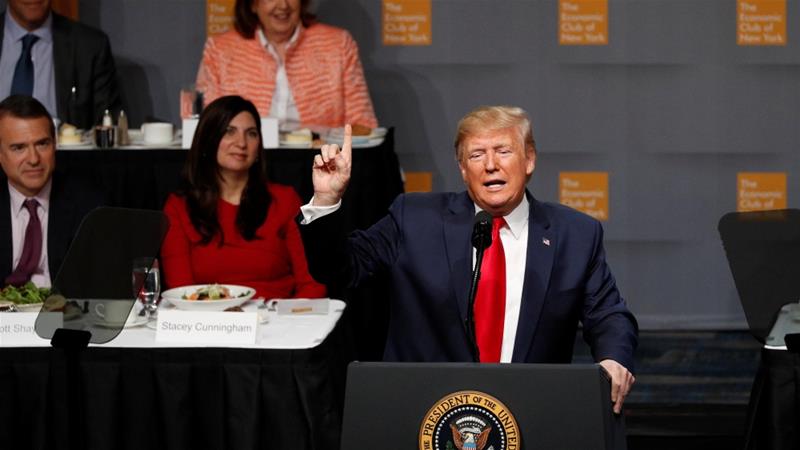 A Slowdown In Job Growth Rate Would Hurt Trump In 2020

As 2020 comes, it’s also bringing one of the most anticipated things for Americans, and that’s presidential re-elections. Donald J. Trump, who is currently the president of the USA, is heading towards his next re-election by the end of 2020. Trump got elected as president in 2016, which shocked many democrats and people who did not see that coming. However, so far, the economic performance under his regime shows a positive picture for him.

Trump, even though he managed to create some controversial decisions like Trade war, withdrawing from the Paris accord has given what he had promised, and that’s jobs. Still, recent reports from some states provide a nightmare situation for Trump and his supporters. Recent news shows major states like Pennsylvania, Wisconsin sees a decline in employment; also, some states in the Midwest are witnessing a lack of job growth from the last two months. Alaska and Connecticut are suffering the most, and jobs opportunity in these states is equal to nil or zero.

Major states like Wisconsin, Pennsylvania, are suffering the most because of the ongoing trade war situation with China. The majority of the manufacturing factories are in these states, and workers are not able to get paid because of a low amount of production. This situation is entirely new in the last three years because, in November, the US managed to create record-breaking more than 266000 jobs. Pennsylvania has become the most profitable state when it comes to overall employment growth. The state’s average per capita income is around $6000 since trump became the president. However, Midwestern states like Ohio, Michigan, Wisconsin, which gave support to Trump over Hillary, haven’t seen significant improvement in job growth from the last twelve months. Still, there are more than ten months for the next presidential election, and Trump is expecting to bring more jobs to win the presidential election once again.