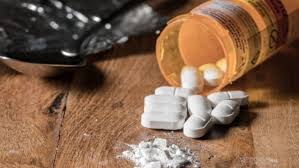 Home / Accidental Overdose of Opioids Can Kill Kids As Well

Accidental Overdose of Opioids Can Kill Kids As Well

Poisoning from opioids has led to the deaths of close to 9000 children and teenagers in the period between 1999 and 2016. On Friday, a research team at Yale University reported that yearly deaths had become three times over the period of 18 years. Their finding suggests that the opioid epidemic would most probably continue until the legislators, public health officials, doctors and parents manage to do more for keeping the drugs out of the hands of the younger generation. The researchers had reported in the Journal of the American Medical Association that, in excess of 80 per cent of the deaths that children and teens suffered, were unintentional in nature.

The researchers at Yale University also found that methadone was linked with the deaths of 36 per cent children. In a number of cases, parents used methadone so as to manage the pain or treat addiction among children. The researchers mentioned that the risk of children getting to misuse other people’s methadone is quite relevant. This is so because people suffering from the disorder due to use of opioid are receiving medication as part of their treatment. It goes to show that more and more children would get exposed to methadone and buprenorphine in the years to come until and unless additional safeguards are implemented.

The Director of the National Institute on Drug Abuse, Dr Nora Volkow said that doctors would focus a larger part of their research over new prevention, in the period when teenagers make their way out of school into the world of adults and get exposed to the harmful use of drugs. One person named Devin Reeves said that he got addicted to the use of opioid when he was 16 years old. Reaves managed to get rid of this through an intervention from his mother along with a drug counsellor. Finally, it took him 11 years to completely recover from this addiction. Now he gets teamed up with Rx Awareness Campaign of the CDC, in order to make the safe prescription drug practices public. This also includes keeping the opioids out of the reach of children. He manages to remind clients that the disorder of opioid use is a brain disease and not really a moral failure.