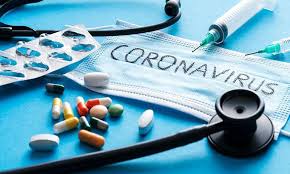 A new study has reported that a new antiviral drug has been able to completely stop the transmission of the SARS-CoV-2 virus within 24 hours. The SARS-CoV-2 virus is responsible for causing COVID19 disease. As per the experts, the drug called Molnupiravir ceases the virus from replicating itself. Therefore, it prevents the virus from spreading throughout the body. In an experiment, experts have seen that the drug has prevented infected ferrets from spreading the virus to one another. However, infected ferrets that have not been given the drug have infected other healthy ferrets. This study has been done by experts from Georgia State University. They have said that if the data is validated in human trials as well, people who will be treated with the drug might become non-infectious within a day. Dr. Richard Plember, a professor from the Institute of Biomedical Sciences at Georgia State University has said that this drug can be a game-changer. This is the first study, which has shown that an orally available drug can block the transmission of the COVID19 rapidly.

Molnupiravir is an antiviral drug, which has been developed at Emory University Atlanta by a company called Drug Innovation Ventures At Emory. The drug is used to treat influenza and it stops the virus from multiplying itself by making errors during viral RNA replication. Early this year, the drug has been proved to be effective in reducing severe lung damage in mice with coronavirus in a study. At present, the drug is in its phase II and III clinical trials. It is being evaluated at three different doses every 12 hours for five days on patients who are diagnosed with COVID19. However, the data of these trials will not be available until May 2021.

For the new study, a team of experts has tested this drug to stop the infection among ferrets. Experts have infected around six ferrets with a strain of the SARS-CoV-2 virus. Three of the infected ferrets have been given treatment with Molnupiravir when they have started shedding the virus from their nose. Experts have housed two healthy ferrets with each sick ferret in a cage. All the ferrets have been tested every day for eight days. None of the ferrets, who have been kept with animals treated with the drug, have contracted the virus. On the other hand, all the ferrets that have been kept with untreated animals have been diagnosed with the disease by day four. Considering the rise in cases and deaths due to COVID19 in the US, preventing the community spread of the virus will be quite crucial to contain the pandemic until vaccines are widely accessible. Experts have seen that the new drug contains broad-spectrum activity against the respiratory RNA viruses. They have said that administering the drug by mouth reduces the amount of shed virus particles, which will drastically reduce the transmission of the virus.