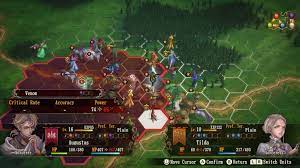 Video game giants recorded a slump in their sales for Q2 of this year, as the initial tailwinds witnessed by this industry due to the COVID-19 pandemic lowered.

In the last three months from June, Sony, Microsoft, and Nintendo reported poor results in their gaming businesses.

According to the NPD Group Inc. (formerly National Purchase Diary Panel Inc.), a market research firm, US citizens spent US$12.4 billion on games in Q2 of 2022, which reportedly decreased by 13% yearly. The numbers resulted in reducing the size of consumer spending on video games.

Hiroki Totoki, a chief financial officer at Sony, said on the company’s earnings call last month that the reason behind the recent slowed growth of the entire game market is that restrictions on the COVID-19 pandemic have eased, which resulted in creating opportunities for users to leave the comfort of their homes and seek entertainment outdoors.

In Q2, Sony reported a decline of 2% in its year-on-year sales, whereas its operating profits slumped by around 37%. In addition to this, the company cut its annual profit forecast by 16%.

During the COVID-19 pandemic, game publishers reported a significant growth in their respective business, which resulted in the gaming industry as the primary beneficiary, as users were spending most of their time at home. But the industry is taking a hit as there is a change in consumer spending habits after lockdowns ended and ongoing potential inflation.

Microsoft reported a decline in its overall revenue growth by 7% year on year. Sales of the company’s Xbox consoles plunged by 11%, whereas its services revenues and gaming content declined by 6%.

Amy Hood, the chief financial officer of Microsoft, said on the company’s earnings call last week that the decline in sales and other departments were a direct result of lower engagement hours by gamers and monetization in first-party and third-party content.

Activision Blizzard, a video game holding company acquired by Microsoft, reported a slump of 29% in its overall revenues and a decline of 70% in its net profit.

Ubisoft, the gaming company behind Assassin’s Creed, reported a plunge of 10% in its net bookings.

Lowering business numbers of gaming companies are driven by comparisons with outsized performance a year ago, said Michael Pachter, managing director at Wedbush Securities. To be specific, firms couldn’t match the increasingly high level of numbers they posted in 2021.

One of the rare companies to stand against this gaming contraction was Electronic Arts, which reported a growth of 14% in its revenue and a rise of 50% in its profits.

A major factor contributing to the gaming industry’s poor performance is the ongoing struggle for key console hardware.

In the period of April-June, Nintendo, the firm behind the Super Mario franchise, reported a decline of 15% in its operating profits. The company blamed the global semiconductor shortage for its poor performance, which indicates that it could not create and sell as many Switch consoles as it wished.

In this quarter, Sony sold around 2.4 million PlayStation 5 consoles, which marked slightly more than the 2.3 million units it sold at the same time the previous year.

Pachter said that at this time, one of the biggest contributors is the slow rollout of hardware, as new purchases of hardware be likely to buy a lot of software, and sales of Nintendo Switch, as well as PlayStation, have been supplied constrained.

Continuous increases in prices for everything starting from gas to groceries and concerns about a recession can result in further trouble for the gaming industry.

According to Ampere Analysis data, the global games and services market is predicted to contract 1.2% year-on-year to US$188 billion in 2022, which will result in recording the very first annual decline in more than a decade.