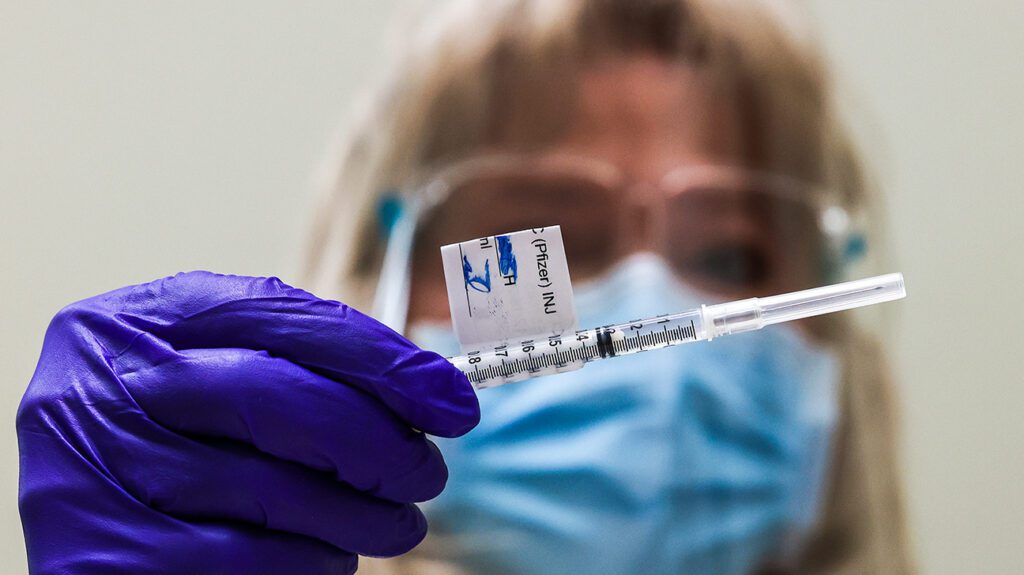 The vaccine advisory committee in the UK is still trying to figure out whether the booster shots against COVID19 will be required this autumn. However, Professor Dame Sarah Gilbert, who has created the Oxford-AstraZeneca COVID19 shot, has said that giving out booster shots against COVID19 to millions of people has been a hard decision. She has said that more vaccines need to be authorized in the country to shoot up the vaccine supplies. As per the Joint Committee on vaccination and Immunization (JCVI), a third booster dose of the COVID19 vaccine will be given to people who are dealing with severely compromised immune systems. Experts have said that nearly half a million people in the UK are currently living with severely weakened immune systems. However, it has not been decided yet, if booster jabs are required for a huge number of people who are at a higher risk of COVID19 and those who are eligible for flu shots. Professor Dame Sarah Gilbert who has started developing Oxford-AstraZeneca shot at a time when coronavirus has surfaced for the first time in China has said that she has seen no signs of waning immunity in the ongoing clinical trials of the shot that has commenced in April 2020. She has confirmed that blood tests of participants of these trials who have been immunized a year ago have shown that they have good amounts of immunity against COVID19.

Professor Dame Sarah Gilbert has claimed that the first dose of the vaccine has a major impact on the levels of immunity. She has said that people are well protected after the first dose and the second dose are given to improve the existing protection. Experts are trying to improve the protection provided by two doses slightly more with the third dose. However, she has said that immunity provided by two doses of the AstraZeneca vaccine is well maintained for a long time. Professor Dame Sarah Gilbert has said that with increased vaccine supplies, there will not be any need to make a choice between immunizing one country over another. Health experts have informed that more doses of COVID19 shots are being made available and they are currently focusing on getting those doses to countries that need them the most. As per the latest report, there are many African nations where only 2 percent of people have been fully immunized. The UK Health Secretary Sajid Javid has said that experts are still waiting for the final decision from the JCVI on booster shot distribution. However, it is most likely to take place by the end of this month. The JCVI has issued an interim advisory in the month of July where the committee has suggested that more than 30 million along with adults who are above 50 years of age should be given booster shots against COVID19. Medicines and Healthcare Products Regulatory Agency (MHRA) in the UK has authorized the use of Pfizer and AstraZeneca vaccines for booster shots, it shows that the rollout of booster shots might happen ahead of the winter this year.

The Chief of the Oxford Vaccine Group, Professor Andrew Pollard has said the country has a moral obligation to help those countries who do not have proper access to COVID19 shots as these nations are facing huge pressure on their healthcare systems. He has said that despite the drop in the levels of immune response among people, the UK still has high levels of immunity to fight against the virus. Dr. Andrew Pollard has said that while making the final advice on the allocation of booster shots, the JCVI should consider the issue of who is falling severely ill with the disease and being hospitalized. As per the latest data, nearly 48.3 million people in the United Kingdom, which is 88.8 percent of the population, have been given the first dose of the vaccine. While 43.7 million people in the UK have been fully vaccinated. The UK government has placed orders for more than 540 million doses of seven of the most potent COVID19 shots such as Pfizer, Moderna and AstraZeneca-Oxford shot. Health experts have said that there are huge differences in the speed of vaccine rollout programs across various parts of the world. The UK government has promised to donate more than 100 million doses to low-income nations across the world ahead of the middle of 2022.