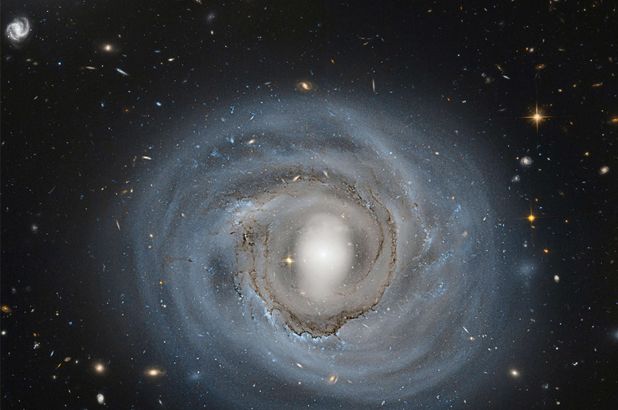 Scientists from Liverpool have discovered a galactic fossil galaxy, which has been hidden deep inside the Milky Way. They have found this galaxy by exploring the motions and compositions of tens of thousands of stars. Scientists have claimed that the cosmic remnant contributes to a third of the spherical halo of stars and gas in the Milky Way. As per the report, this galaxy has been immersed into our own after crashing in the Milky Way around 10 billion years ago. Astronomers have said that remains of old galaxies as well have been found in the outer halo of the Milky Way. They have said that large galaxies are built through mergers. However, to identify such early mergers, experts need to observe the most central part of the Milky Way’s halo. However, the central part of the Milky Way’s halo is hidden deep within the galaxy’s disc and bulges.

The author of the study, astrophysicist Ricardo Schiavon has said that the newly found galaxy is quite small in cosmological terms; however, it contributes to half of the mass of the entire Milky Way halo. Fossil galaxy has only 100 million stars, said the expert. In the study, Schiavon and his colleagues have looked at the data, which have been taken from Apache Point Observatory Galactic Evolution Experiment (APOGEE). This project has gathered data on more than half a million stars in the Milky Way. Experts have looked at detailed chemical build-up and motions of tens of thousands of stars. It is difficult to do for stars, which are positioned in the central part of the Milky Way as stars are covered with the clouds of interstellar dust.

Scientists have said that APOGEE has allowed us to perforate the dust and see in the depth of the heart of the Milky Way. Out of tens of thousands of stars, a few hundred stars have been identified with noticeably different chemical compositions and velocities, said the experts. The striking difference in these stars has confirmed that they belong to a different galaxy itself. Astronomers have observed these stars in detail and have been able to trace the history and accurate location of this fossil galaxy. The findings of the study have shown that the clash between Heracles and the Milky Way must have been a major episode in the history of our galaxy. The discovery of another fossil galaxy has proved that the Milky Way is unique among its peers.