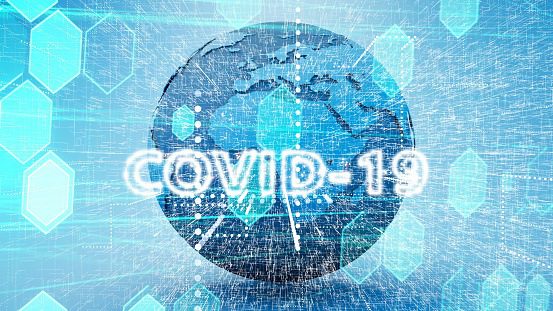 The Victoria state officials in Australia have found a highly contagious Delta variant of coronavirus for the first time in the latest virus outbreak in Melbourne.  The newly found variant has stoked concerns over a major spike in COVID19 cases. The World Health Organization has classified the Delta variant in the four COVID19 variants of concerns (VOCs) due to its high rate of infection. This variant has apparently caused a devastating outbreak of COVID19 in India recently. The Chief Medical Officer from Victoria State, Brett Sutton has said that the Delta variant is the strain of major concern. He has said that it is a different variant from others in terms of spread. Brett Sutton has said that the Delta variant is not linked to any sequenced COVID19 cases in Australia from hotel quarantine or somewhere else. Health officials have warned that it is a huge matter of concern that the variant is not linked to other cases but they are trying to track down all primary case contacts. They are trying to find out where it might be been obtained. Two members of the same family have been found to be infected with the Delta variant after they have traveled to neighboring New South Wales (NSW) two weeks ago. As per the report, they have visited many popular tourist spots in the southern area of the state.

The Chief Medical Officer from Victoria State, Brett Sutton has informed that due to the bounds of possibility, these people might have been infected with the Delta variant in New South Wales but there is a need for further tests as well. New South Wales (NSW), the most populated state in Australia has not seen any locally acquired cases of COVID19 for a month. On the other hand, Victoria, the second most populated state in Australia has been struggling to contain its latest COVID19 outbreak. Nearly 64 cases of COVID19 have surfaced recently in the state, after more than three months of zero cases. The latest outbreak has triggered health officials to place strict restrictions on people’s movement and shut down large parts of its economy. The authorities have linked all these cases to a single traveler who has been released from quarantine after testing negative for COVID19. As per the report, Melbourne is still under strict lockdown for the second consecutive week. The lockdown in Melbourne has been extended until June 10. However, the officials have eased some restrictions in certain parts of the state. Health authorities have said that they have decided to extend the lockdown after the Kappa variant has been detected in Melbourne. The Kappa variant has been found in India for the first time. Experts have warned that this strain might be highly infectious. However, new cases have remained in single digit for more than eight days in a row across the state. According to the data, four new locally acquired cases as well have been reported in the state last week.

The Australian government has been relying on snap lockdown, regional border restrictions, and strict social distancing regulations to contain prior outbreaks and keep the number of COVID19 cases relatively low. There have been around little more than 30100 COVID cases in Australia. Nearly 910 people have lost their lives due to COVID19 disease in Australia so far. As per the report, around 20 percent of adults have been given the first dose of the vaccine and nearly 4.8 million doses have been distributed in the country so far.