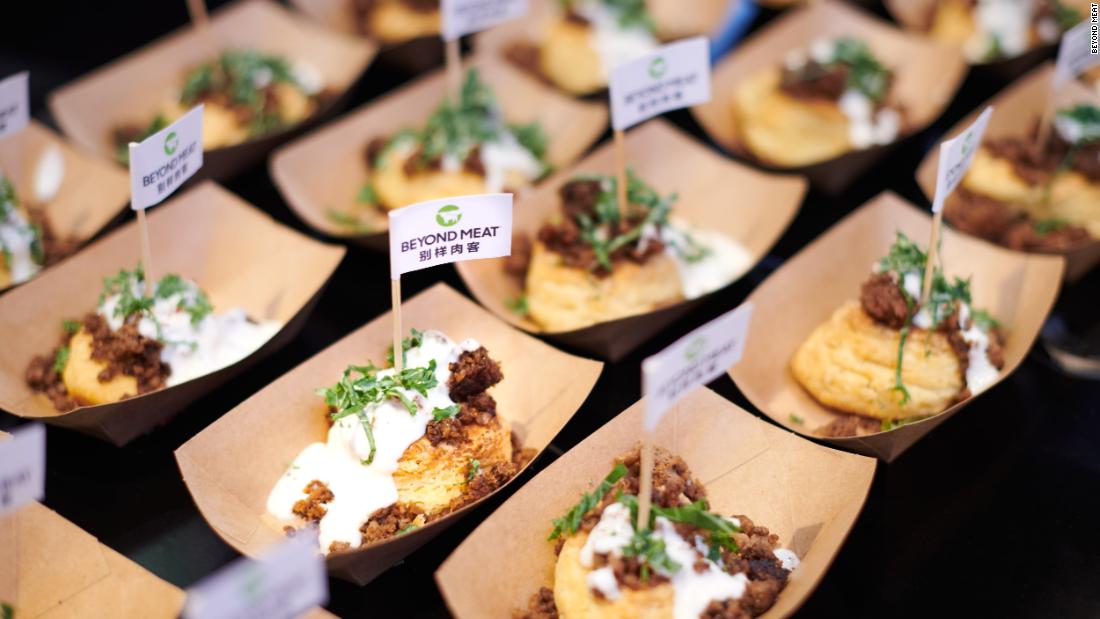 Beyond Meat Announces Plant-Based Version Of Minced Pork In China

Beyond Meat has unveiled its latest product innovation Beyond Pork specifically for the Chinese market. The California-based company claims that its new product has been made to mimic the sumptuous taste and juicy texture of minced pork. This is not the first time when the company has made plant-based pork. Earlier, Beyond Meat had created plant-based pork in the form of a sausage product. The new product is a step forward toward the company’s commitment to providing better options to meet consumers who are always on the lookout for nutritious, delicious, and sustainable protein. The company said that its rendition will be served to customers in dishes like spaghetti and meatballs.

The new product will be available initially for a limited period at five local restaurants in Shanghai. Beyond Meat’s general manager for China, Candy Chan said this is the first time when the company has launched a plant-based meat product exclusively for the Chinese market. China has been one of the biggest consumers of pork in the world. This is evident by the fact that China’s total consumption of meat had about 70 percent pork. But it witnessed a major crisis in 2019 after an outbreak of African swine fever. Pig farmers are slowly seeing some recovery this year but they continue to face challenges because of rising feeding costs and slower export growth. In order to provide the best test, the company conducted a series of sensory tests to get direct consumer feedback.

There are several Chinese dishes that prominently feature minced pork and this makes it a perfect destination for Beyond Pork to show off its potential. Beyond Pork has been introduced in China following the successful launches of two products in mainland China. The two products are Beyond Burger and Beyond Beef. The development comes close on the heels of the rising interest of Chinese in plant-based meat. Earlier this year, Beyond Meat joined hands with Chinese tech giant Alibaba (BABA) so that it can provide these burgers in the supermarket in mainland China. The company recently launched two new versions of its Beyond Burger.