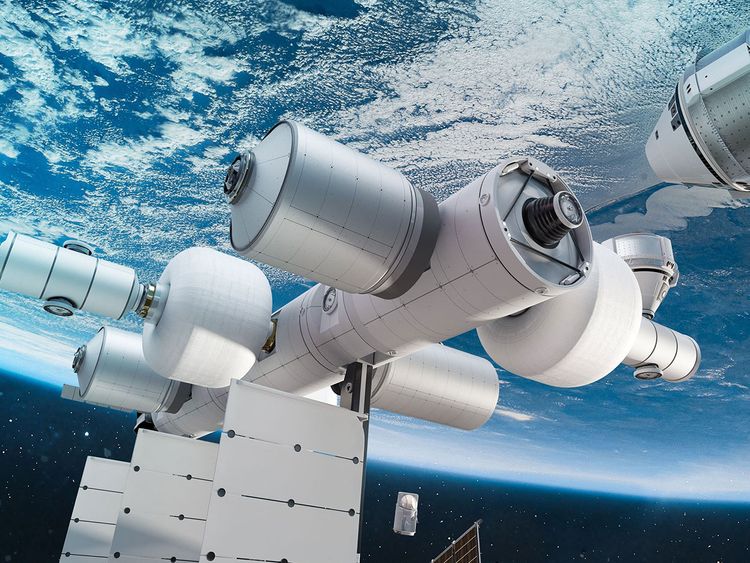 Private aerospace company Blue Origin is set for the next big leap. The company has announced plans to set up a space station. The brand new space station will be called Orbital Reef. Blue Origin is owned by billionaire and space enthusiast Jeff Bezos. The company in a statement said that Orbital Reef will become operational by the end of the current decade. The commercial space station will open new avenues of access to the space. Its customers will include national governments, private companies, and space tourists. Anyone can lease access to the outpost. The facility will be habitable for up to 10 people. Blue Origin said that the rotating laboratory will offer civilians to experience of breathtaking views of Earth from space and 32 vibrant sunrises and sunsets each day.

The company has partnered with Boeing, Sierra Space, Genesis Engineering, Redwire Space, and Arizona State University for building Orbital Reef. Blue Origin said that the laboratory in the low Earth orbit will pave the way for the next chapter of space exploration by humans. The facility will demonstrate a new ecosystem and business model for a new era of space tourism starts. The station will have a shared infrastructure. It will feature architecture that will be human-centered. It will offer world-class services. Blue Origin will look to minimize the cost by using advanced automation and logistics. It will ease the operational complexity and help in facilitating space agencies to pursue their goals.

Orbital Reef may take the baton from the International Space Station. The ISS is likely to retire soon. The ISS is in service for more than two decades. Its first component was launched in 1998. It is a joint program by five space agencies — NASA, CSA, Roscosmos, JAXA, and ESA. The rising maintenance cost and the aging condition of its modules have been a cause of concern. Notably, Russia has already announced to exit the ISS program. The country is currently working on building a new space station. It will operate the facility autonomously. Besides Russia, China is also setting up a space station. It said that work on building the new space station will be finished by the end of next year. It will be called the Tiangong space station.