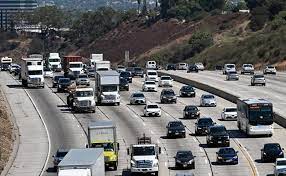 Home / By 2035, California Will Outlaw the Sale Of New Gasoline-Powered Vehicles

By 2035, California Will Outlaw the Sale Of New Gasoline-Powered Vehicles

By 2035, all new sales of gasoline-powered cars, trucks, and SUVs in the state with the nation’s highest population density will have been prohibited. The prohibition won’t stop individuals from driving gas-powered cars or affect the used car market, but according to California officials, it will hasten the switch to electric vehicles, which will significantly reduce the state’s notoriously polluted air and climate-warming emissions.

The state’s governor, Gavin Newsom, declared that California “today has a ground-breaking, world-leading plan to reach 100% zero-emission car sales by 2035.” If we’re serious about leaving the earth in a better condition for future generations, we must take this ambitious and ground-breaking action.

The rule, which the California Air Resources Board (CARB) enacted on Thursday, may have a significant impact on the nation’s auto manufacturing sector as well as the larger fight against climate change.

The important part of climate-warming emission of greenhouse gases in the nation is transportation, and scientists have warned in ever-worse terms that significant reductions in those emissions are necessary to guarantee a liveable future on Earth.

By 2030, President Joe Biden wants half of all new sales in the country to be zero-emission transactions. By offering tax credits to individuals looking to purchase new or even used electric vehicles, the recently passed Inflation Reduction Act hopes to influence consumers in that direction. However, there are so many restrictions on everything from the customers’ income level to which designs can qualify that several electric vehicles may not be qualified for the benefit.

According to specialists in the car industry, California’s ground-breaking action may assist the auto sector advance toward accomplishing that objective. The auto emissions regulations of California, which are already the strictest in the nation, are typically followed by thirteen additional states, including Oregon, New York, and Colorado. Gov. Jay Inslee of Washington stated on Wednesday that his state will set a similar objective of prohibiting the sale of new gas-powered vehicles by 2035.

According to Jessica Caldwell, Executive Director Auto Analytics, Insights, Edmunds, “I believe automakers will likely look at this and believe this is sort of what they’re going to aim for most of the country.”

According to Caldwell, automakers seek consistency. One kind of car shouldn’t be sold in one state while another is sold in another. However, despite the fact that electric vehicles have been available for decades, the shift has been uneven.

According to Cox Automotive, a market consultancy company, only 5.6 % of new cars sold during April and July were electric vehicles. The report stated that despite supply concerns, that was a record pace driven by high gas prices.

It will be “very tough” to reach 100% emission-free new car sales by 2035, according to John Bozzella, the Alliance for Automotive Development’s president and CEO, that advocates for major manufacturers.

He noted in a statement that “whether or not these needs are practical or achievable” depends on external factors like as inflation, charging and fuel infrastructure, supply chains, labour, the availability and cost of essential minerals, and the persistent semiconductor shortage. “Neither CARB nor the auto industry have any real control over these concerns since they are so complicated, interconnected, and global.”

Beyond its effects on global climate change, a nationwide switch to electric vehicles would have significant health benefits. As stated by the American Lung Association, more than 4 out of 10 Americans breathe ill-quality air. And regardless of income, evidence shows that people of colour bear a disproportionate share of the harmful effects.

According to a report released earlier this year by the American Lung Association, a nationwide transition to zero-emission automobiles by 2035, as California is aiming for, would result in more than US$1.2 trillion in benefits to public health between 2020 and 2050, as well as prevent up to 110,000 premature deaths