Shortly after the launch of the new iPhone 13 models in September, Google came out with the Pixel 6 and the Pixel 6 Pro, its latest flagship devices, which are feature rich and priced at $599 and $899 respectively. We picked up the Pixel 6 Pro, which has the most advanced lens system, and thought we’d compare it to the iPhone 13 Pro Max to see the similarities and differences between the two smartphone cameras.

With smartphone cameras this advanced, both the ‌iPhone 13 Pro‌ Max and the Pixel 6 Pro take incredible photos and there’s often not a lot of difference in quality just because they’re both offering excellent camera options. There are some small differences that might make you prefer one over another, but even from image to image, these differences can vary. 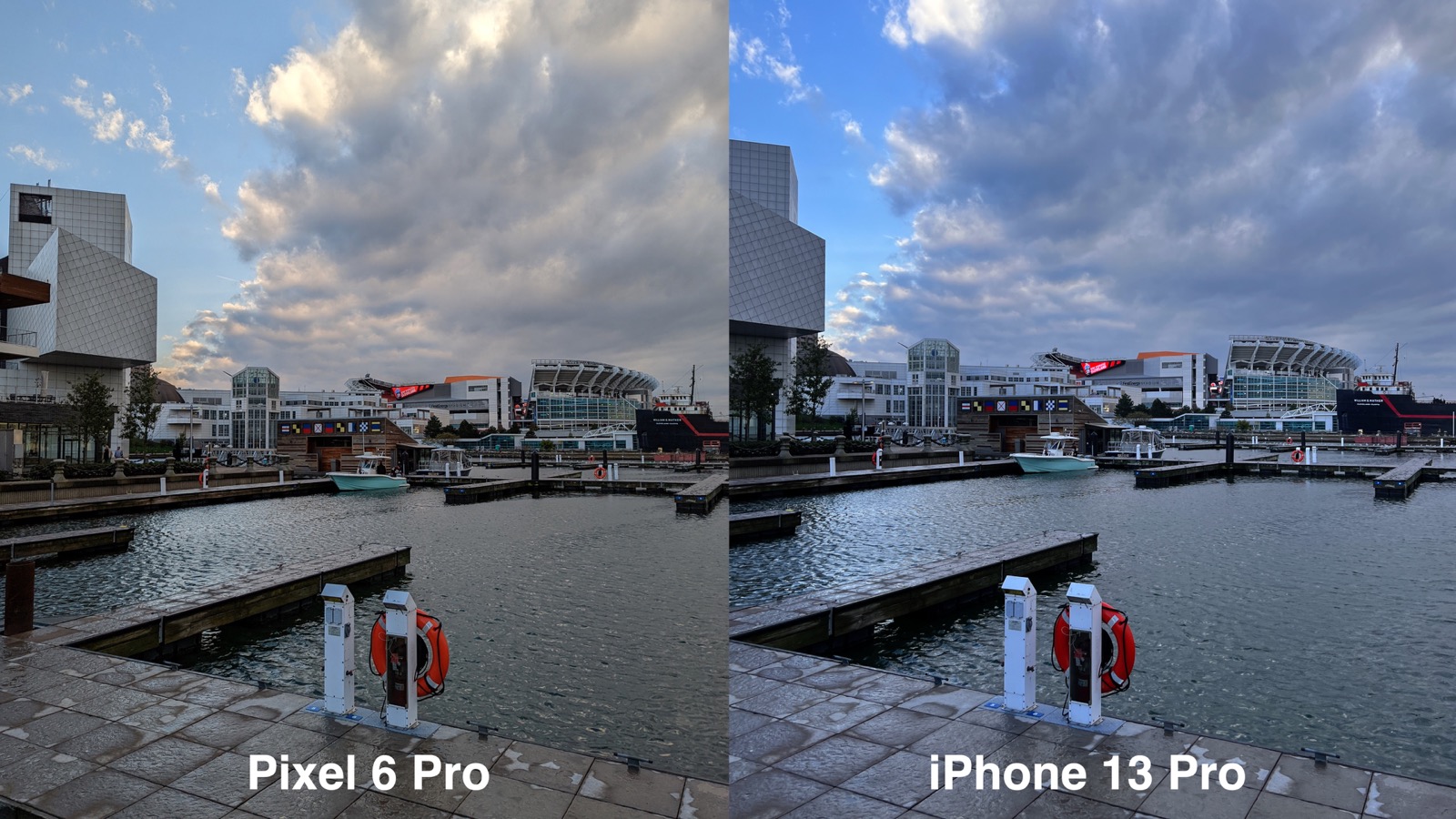 You’ll notice that at times, the Pixel 6 Pro is warmer and more natural looking than the iPhone, which primarily factors in with the sky. Apple tends to make the sky very blue, which looks striking, but not always true to life. There are also differences in the highlights and the shadows, with the ‌iPhone‌ tending to lose a bit of the black tones and the Pixel trending towards higher exposure for the highlights.

There’s not a lot of difference with the ultra wide lenses, and for the telephoto, Google’s Pixel 6 Pro can be a bit sharper (and it can zoom in further), but it does not let in as much light as the ‌iPhone 13 Pro‌ Max’s telephoto lens so when taking photos of light sources, there’s too much flare. 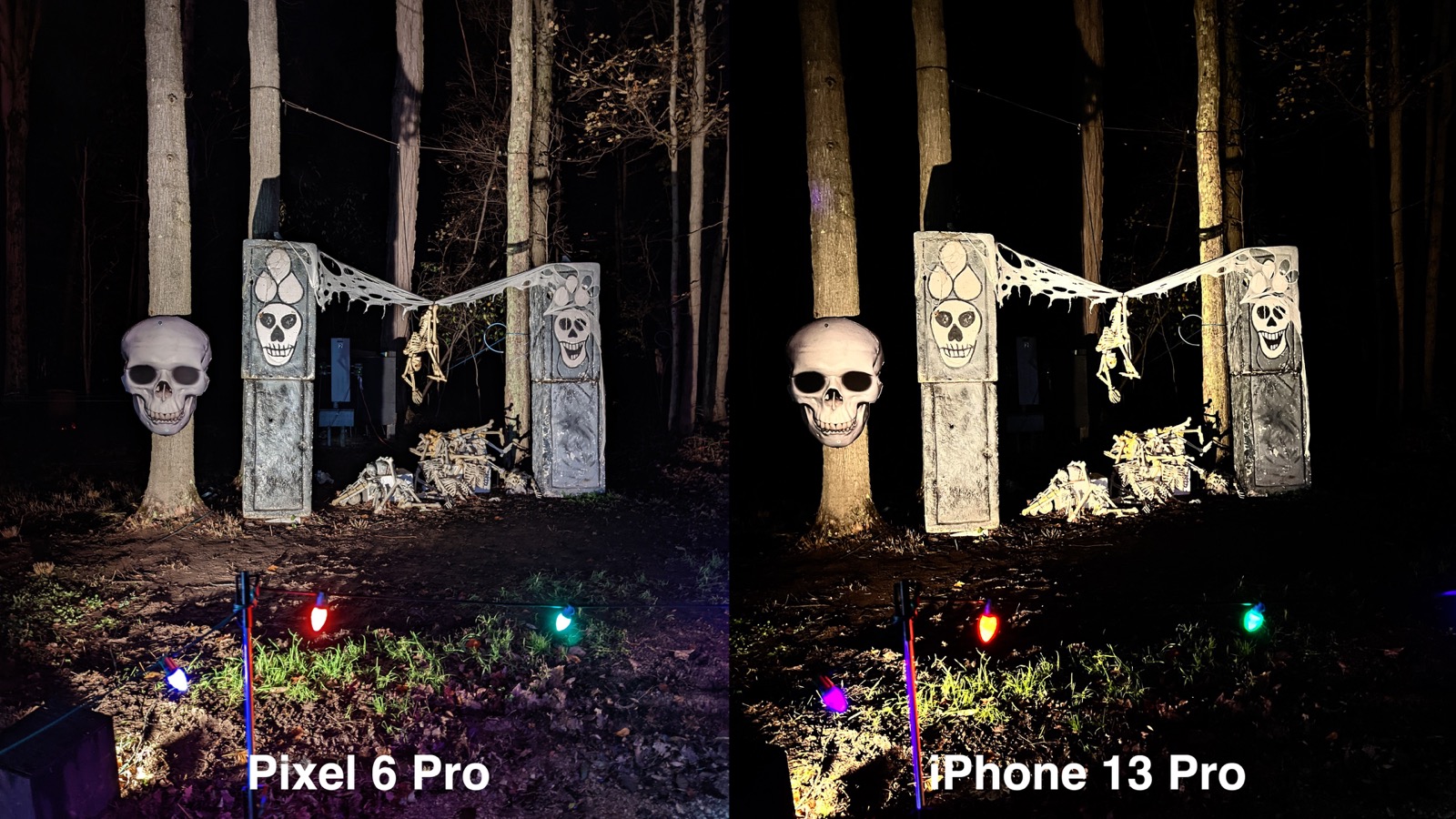 The ‌iPhone‌ wins out when it comes to Night Mode photos, and in our testing, it was just much better at preserving detail and accurately recreating color. It also didn’t have quite as much of a light source flare issue as the Pixel 6 Pro.

As for Portrait mode, the Pixel 6 Pro is producing better photos. Subjects are sharper and more in focus, with more detail preserved, and it produces great bokeh. That’s not to say that ‌iPhone‌ Portrait mode images aren’t nice, but Google still seems to have better software algorithms for edge detection. 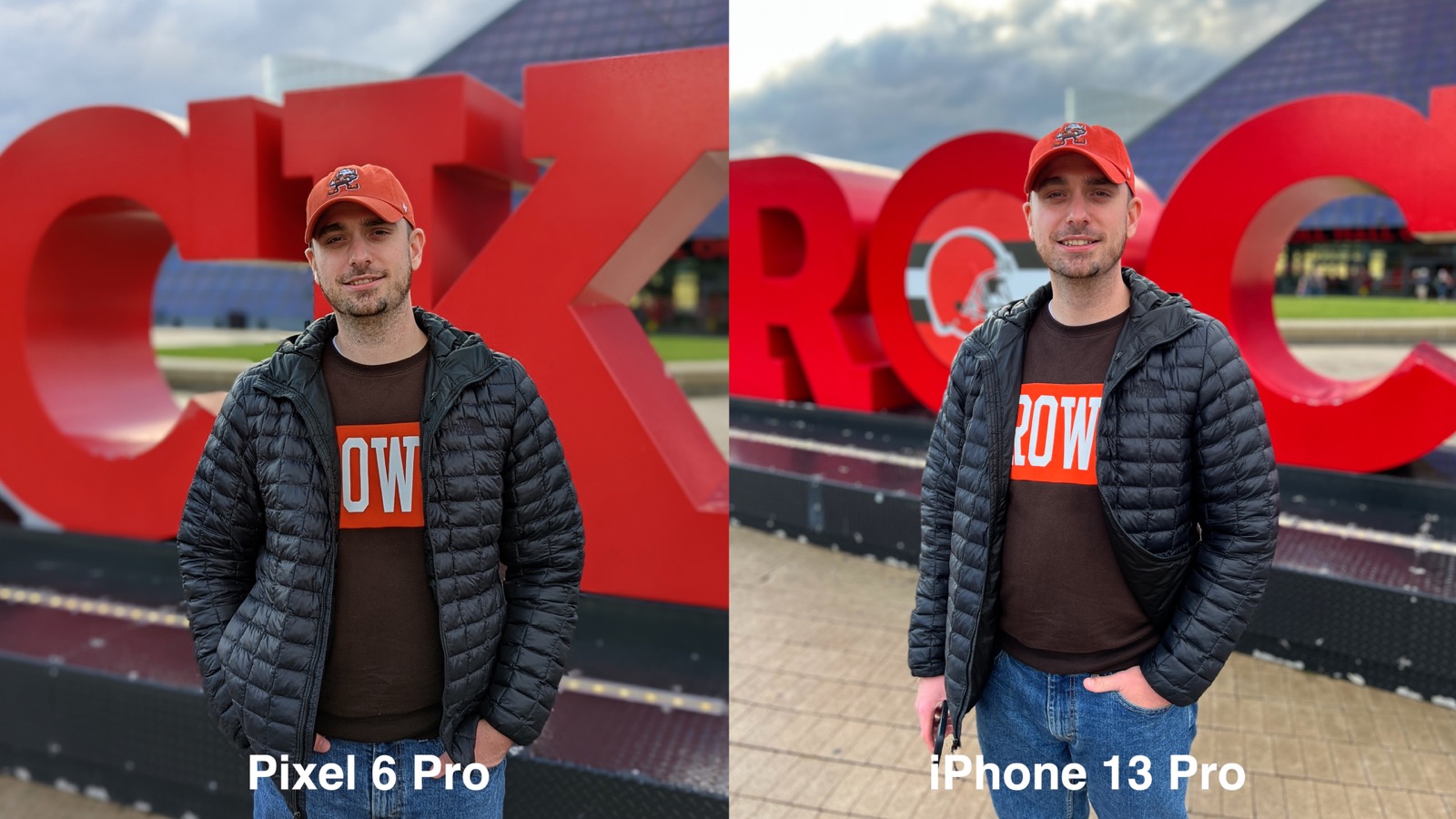 Apple’s iPhones almost always have superior video compared to Pixel smartphones, and that’s still true, but Google has made improvements to image quality and stabilization. The Pixel 6 Pro can take decent video, but the ‌iPhone 13 Pro‌ Max is better, especially with Cinematic Mode and ProRes support.

Google also built in some neat little features to its Pixel 6 Pro camera. There’s a Magic Eraser that can use the Tensor chip inside to erase objects that you don’t want from a photo, and it works super well so it’s a great option to have available natively. 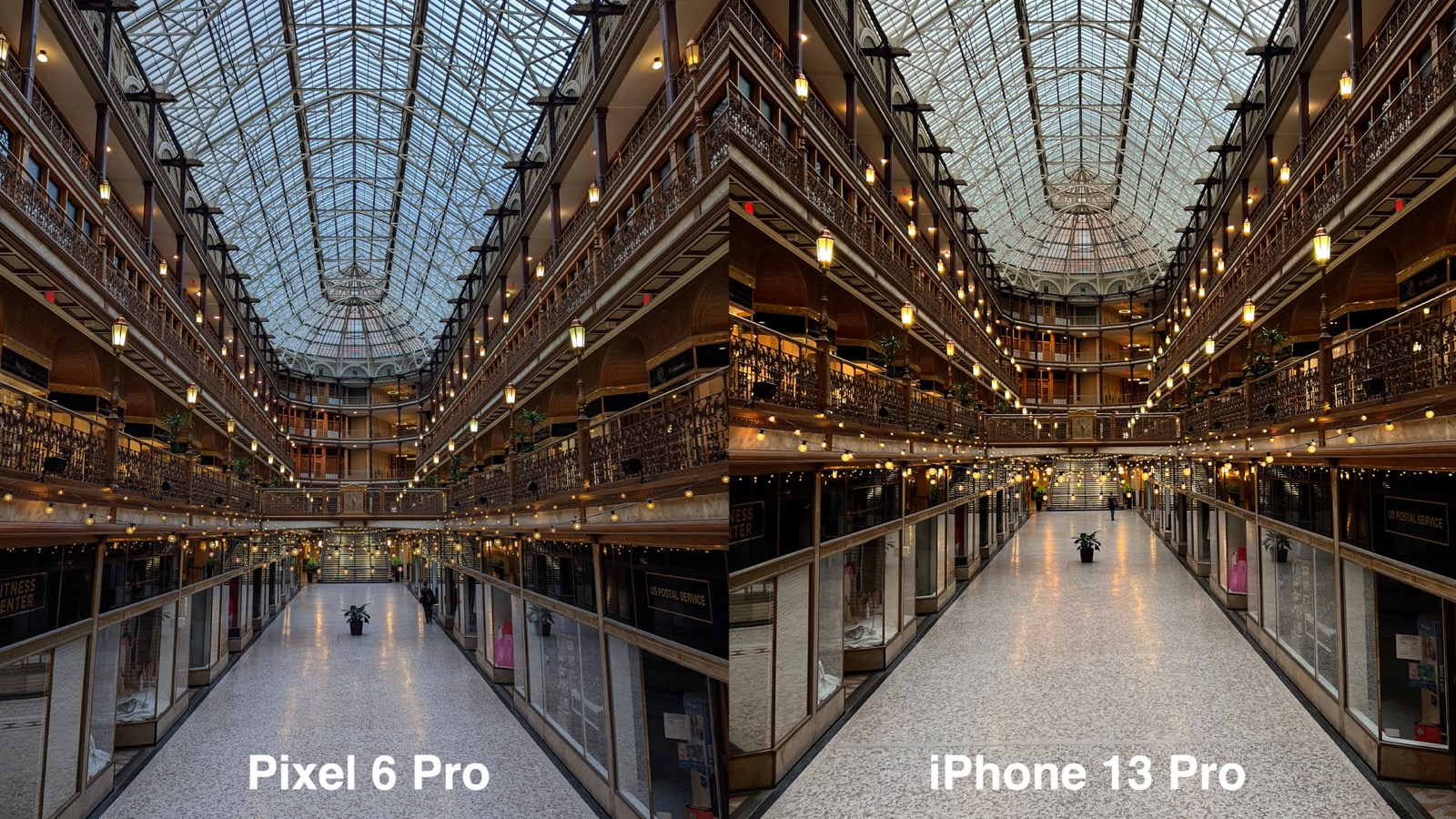 So both the Pixel 6 Pro and the ‌iPhone 13 Pro‌ Max have their pros and cons when it comes to camera quality, and realistically, the differences are minor. These are incredibly advanced smartphone cameras and you’re not going to be disappointed by either one. Make sure to watch the video up above for our full comparison, and let us know which images you preferred in the comments below.