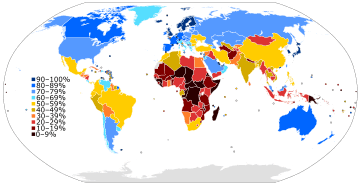 Home / Can we make new countries using the internet?

Can we make new countries using the internet?

The idea of creating a country through the internet is attracting interest. This idea is appealing for a variety of reasons. What does it mean for a country to be on the internet? A country on the internet is a virtual entity which performs all functions that you would expect from an actual state. It’s a way to make everyone’s lives easier. To ensure equality and freedom on this beautiful planet.

Balaji Srinivasan, ex-chief technology officer at Coinbase, poses the devious question: How do I create a country. Srinivasan provocatively presented the book on July 4. It presents Srinivasan’s case for a new digital model statehood, managed and operated in the cloud. Srinivasan explains that a network state is basically a group of people who decide to form a country over the internet. Srinivasan believes a country can be made with the help a leader, cryptocurrency, and a social network. Network states are countries that anyone can make from their computer. This is similar to companies and cryptocurrencies, or decentralized autonomous organizations (DAOs). Srinivasan wonders whether such a state can be recognized by UN in a world where billionaires have companies larger than other countries. Like all utopian visions, this one is also diagnostic. It offers a solution for growing social problems like surveillance capitalism, economic stagnation, and conflict between great power. Balaji asserts that leaders are failing just as we need them to solve our problems. Technology is the reason, and not corruption or incompetence. The world has changed and the central government cannot meet our needs. The internet has made it less important to place, so national borders have become more arbitrarily drawn. Bitcoin and other cryptocurrency have proven that it is possible for a billion-dollar idea to be realized if enough people believe in it. Software has allowed a few hackers outcompete other countries (think hacker groups and start-ups). Social networking has enabled millions to join groups and work together. Take a look at GameStop or r/wallstreetbets.

Srinivasan said that only a few institutions that existed prior to the internet will survive. In a lecture, he was discussing the book. He believes that the best way to solve this problem is to create an institution that is based on it. Let’s suppose someone decides to start a country on Twitter. The idea is then shared with friends, and they begin recruiting. They develop a vision statement and a list with values. Soon, people start joining. All of this begins as a social network. The community begins to pool their resources, and lend their expertise. This creates a small-scale culture that offers social services such as passports, healthcare and insurance. They could communicate, share their ideas, and vote via Discord and Twitter. A currency like bitcoin could help them control their money supply, and protect themselves against government encroachment. They would buy small pieces of land, such as a Soho national home. They would then move to select cities that are more friendly to them, such as Miami. Srinivasan asserts that these digital citizens will compete for their attention.

It doesn’t require wars or laws for it to happen. These new states will gradually but surely be granted rights by rock stars who negotiate on an international stage. They will eventually separate from their homelands. Srinivasan said that eventually it would become a model…the modern Jefferson’s natural Aristocracy. There was Brexit first, then Wexit. A few decades later, techies have a romantic escape plan – “Texit”. This week’s publication of The Network State will provoke many heated reactions. Some will mock right-wing Silicon Valley figures like Curtis Yarvin or Peter Thiel and call them fascists and tyrannical. Others, most likely libertarian leftists, will refer to The Network State’s ideas as visionary, scholarly, and visionary. Srinivasan might be described as a prophet, a truth-teller. But, the question remains: Is it possible? While the idea may alter our perception of nationality, there are many precursors. Dudeism was inspired by the character from 1998’s Coen Brothers film. There are 450,000 Dudeist priests. Srinivasan also mentions the state of Israel. This nation brought people together from all parts of the world and united them under one goal. Srinivasan points out that many countries recognised by the UN have populations between 5 and 10 million and smaller economies than those created by equal numbers of tech workers. It seems unlikely that crypto bros would test their luck on an eccentric leader. It is already possible to use the technology.