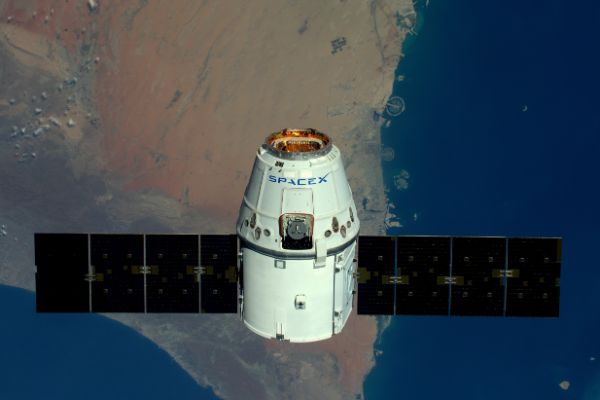 On the 18th Commercial Resupply Mission to the International Space Station, SpaceX’s CRS-18 Dragon capsule is now connected with the ISS. This is the 19th Crew Resupply Mission at the International Space Station. In this mission, the capsule is filled with necessary supplies like food, water, machinery, and other tools. The SpaceX’s CRS-18 Dragon launched from the Cape Canaveral Air Force Station, FL, on Thursday, 24 July 2019 and today, the astronauts aboard the Space Station captured the capsule. SpaceX conducted this mission on behalf of NASA, who currently is not operating any space flights and relying on third-party space services providers.

After deploying the payload, the booster rockets and second stage landed on the ASDS drone ship, Of Course, I Still Love You. The droneship or mothership as SpaceX loves to call it was parked 12km away from the coast of Florida. The core is being reused for the next mission after completing all of the necessary refurbishment processes. As the Falcon 9 core is back on earth and reusable for the next mission, it is being readied for the CRS-19 mission which is scheduled later this year. With this mission, the astronauts at the ISS Received 2,500kg of cargo, including food and consumables and several major scientific experiments.