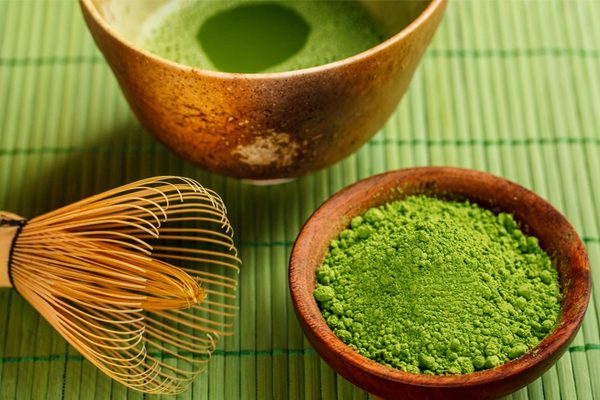 Matcha tea is type of beverage that is derived from stone grounded powder of green tea leaves and has a bright green hue. Matcha is a Japanese word in which ‘ma’ means ground or rubbed and ‘cha’ means tea. Consumption of matcha tea originated in china during the times of Tang dynasty and then spread to Japan which dates back to 11th century.  It was popularized around nine hundred years ago by Chinese Zen Buddhist monks. During the times of Tang dynasty in China tea leaves were steamed to make its brick, making it easier for transportation and trade of matcha. In 1911, Eisai named Japanese Buddhist monk, brought tea seeds of matcha along with him to Japan. Match tea has an important position in Japanese and Chinese cultural.

Matcha is derives from the tea plant named Camellia Sinensis, which a shrub native to China. Japanese matcha tea is derived from matcha which is grown in shade for three weeks. Plant is shielded from direct sunlight, which encourages overproduction of chlorophyll, that is responsible for bright green color of matcha. This process also gives savory taste or unami taste to the tea. At the time of harvest, tea leaves and handpicked, steamed and dried. Stems and veins are also removed before grounding the leaves. At the stage of ‘tetch’, leaves are grounded into fine powder. Powdered form of match is suspended in milk or tea. Match is used as a food color or flavor in ice-creams, soba noodles, mochi, matcha lattes, and other Japanese confectionary dishes.

Matcha contains high levels of antioxidants that protects strengths immunity system and protects body against tissue damage. Consumption of match tea enhances fat oxidation and improves metabolism which burns calories and fats. Hence, match tea is used for weight loss properties. It contains L-theanine, which help to reduce stress hormone in the body. It also increases alpha waves in the brain as well as helps with improvement of focus and concentration. Matcha contains caffeine and L-theanine, that helps to gradually release energy from an individual’s body and works as an energy booster without jitters. Growing awaress regarding health benefits of match tea among consumers is increasing its demand. In addition, match can be used in smoothies, breakfast porridge, cakes, and various other cuisines is also increasing its adoption among end users.

Asia Pacific region is major producer and consumer of match tea. Ancient cultural importance of match tea coupled with its high popularity in china and Japan is resulting to its high demand in this region. Increasing inclination towards consumption of healthy beverages among individual is expected increase demand for matcha tea in Australia, India, and Singapore in the coming years. Increasing popularity of match flavored food and beverages in cities in US are also increasing demand for matcha in North America region.