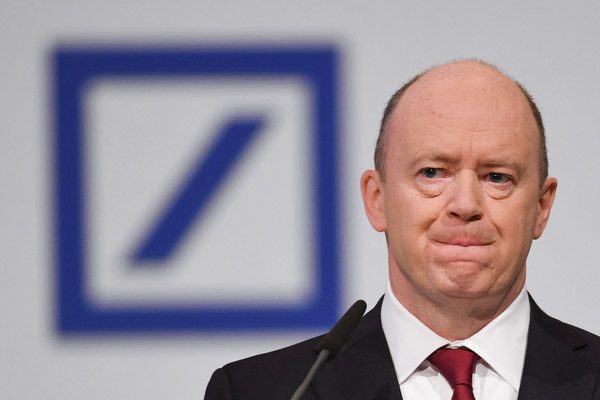 The banking industry is going through some hard time, and that’s why now German-based Deutsche Bank has decided to cut down some of their staff for long term survival. Recently Deutsche Bank CEO Christian Sewing sent an email to his colleagues and said he feels regret to inform them about the job, but this decision was taken in the long term interest of the Bank. On Sunday Deutsche bank announced their planning of cutting more than 18000 employees in next upcoming years to get to the stable financial situation.

Restructuring plan which Deutsch bank has implemented is quite necessary for them since they are continually going through a hard phase from last few years. The financial records of Bank show a continuous loss, which Bank has been making from the previous few years. Deutsche Bank is planning to cut down its operating cost to 17 billion Euros, which is going to take some years. They are going to start with diversifying their core business, and Bank is even going to shut down their fixed investment funds for better usage. Executives said that they are going to use these funds in that business where Bank is already performing well.

In the email sent to colleagues by Christian Sewing, he said that he feels sad to inform them about such tragic news because it will impact negatively on some of them. He did not go into the detailed plan of how this cutting of employees is going to help the bank, but he mentioned the importance of it for long term purpose. Some experts predicted this rebuilding of Deutsche bank because of poor financial performance it has given from the last few months. Sewing said that they are trying to create that bank which is going to be more profitable, innovative and sustainable since it will bring more for its customers and investors. Investors of Deutsch bank has been continually getting a lower amount of dividends from last few years. However, this restructuring news brought hope for them because shares of banking company rose by nearly two percent.