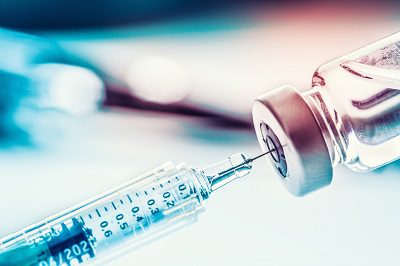 Scientists who have come up with the first widely used COVID19 vaccine have said that the vaccine is quite safe and they will use the same technology to develop a vaccine to combat another global scourge, cancer. They have said that a vaccine for cancer might be accessible in a couple of years. Ozlem Tureci, the founder of the German company BioNtech has been working on a method to control the immune system of the body to fight against cancer for two decades at the time they have heard that a mysterious virus has been making people fall sick in China. Ozlem Tureci and her husband have decided to use the technology they have been working on for 20 years in the development of a vaccine for the new threat. Their effort to develop a vaccine for coronavirus has been dubbed as ‘Project Lightspeed’. Within 11 months, the UK has given approval for the emergency use of the mRNA vaccine developed by BioNtech in association with Pfizer for the first time. A week later, the US as well has granted approval for emergency use of the BioNtech & Pfizer vaccine for COVID19. As per the report, tens of millions of people across the world have been vaccinated with the shot since last year December. The officials have said that the biggest challenges they have faced in getting the product in the market have been conducting large-scale clinical trials in different regions and speeding up the manufacturing process to meet up the demand. After joining hands with Pfizer, the company has taken the help of Fosun Pharma in China to gain assets, capabilities, and geographical footprint.

Tureci has said that experts at the firm have not overlooked any concern while racing up the development of the COVID19 vaccine. Ozlem Tureci and her teammates as well have received the BioNtech COVID19 vaccine. The company has grown during the pandemic so has its worth. However, it is uncertain whether the company can use the funds to follow its original goal of developing a new technology to fight against cancer. The officials of the firm have said that they have used messenger RNA or mRNA technology to develop their COVID19 vaccine. The mRNA tool carries instructions to the human body for producing proteins, which are trained to fight against the virus. The COVID19 vaccine developed by Moderna as well uses the same technology. The same tool can be used to train the immune system to fight against the dreaded disease of cancer, said the experts. Ozlem Tureci who is also the chief medical officer at BioNtech has said that they have many diverse mRNA vaccines for cancer. She has said that although it is quite hard to predict a timeframe for a vaccine in an innovative development the vaccine might be available within a couple of years. Experts have said that they will have a vaccine for cancer at a place where they can directly offer it to people.

The officials have said that as of now, they are focusing on delivering the supply of the COVID19 vaccine that has been ordered by the governments. They are focusing on ensuring that shots are effective against the new mutations of the SARS-CoV-2 virus as well. Ozlem Tureci and her husband have been awarded the country’s highest decoration, The Order of Merit by German President Frank-Walter Steinmeier in a ceremony. Steinmeier has said that the couple has been researching a drug to treat tumors and they have come up with a vaccine for all humanity. Ozlem Tureci has said that her whole team has been involved in the development of the vaccine and all of them have contributed equally to this victory.