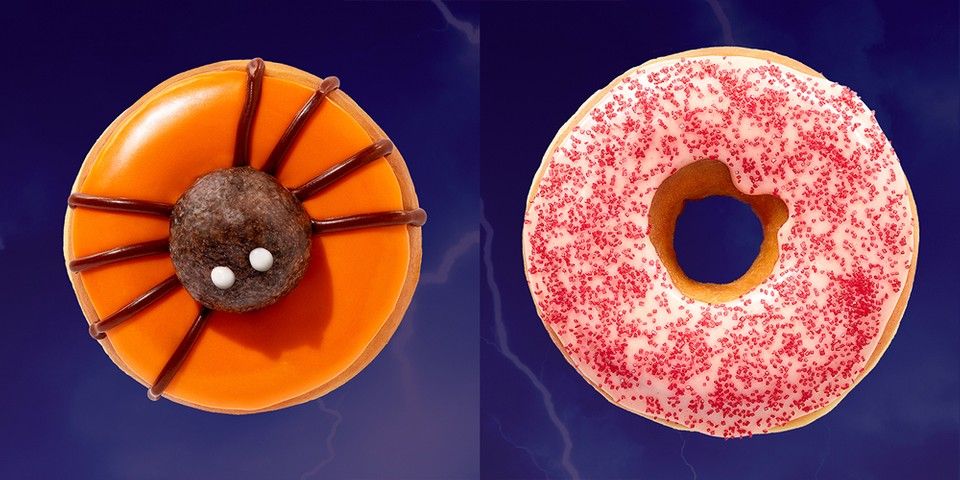 New Spicy Ghost Pepper Donut of Dunkin’ has set the social media ablaze with everyone talking about it ahead of Halloween. This is the first ‘pepper-packed’ offering by the Canton-based company. The new offering made its debut at all participating locations in the United States on October 14. It is made of the classic yeast doughnut and topped with strawberry-flavored icing. But it also features both cayenne pepper and ghost pepper that gives it a bold blend. To give it a nice and sizzling finish, the donut has been topped with a dusting of red sanding sugar. However, Dunkin’s vice president of marketing strategy Jill Nelson said that the new donut has spicy-sounding ingredients but the taste of the end product has just ‘a touch of heat.’

The disguise is a well-planned move as Dunking is asking fans to capture the reactions of their friends by surprising them with Spicy Ghost Pepper Donut. The company is encouraging fans to share those reactions on social media platforms using #DunkinSpicySide. Nelson said that the new donut looks different as the Halloween this time going to be a lot different than previous years. “Dunkin’ is extremely excited to show its spicy side with Spicy Ghost Pepper Donut that can be enjoyed any time of day,” he said. Dunkin’ seems to have done all preparation to keep the spirit of their guests high by providing them options of Halloween DIY Dunkin’ Donut Decorating Kits, fan-favorite Spider Donut, and obviously Spicy Ghost Pepper Donut.

The all-new Spicy Ghost Pepper Donut will be available only for a limited time through December. Meanwhile, the company has signed a contract with “Hot Ones” host Sean Evans for a special episode. The episode is scheduled to make its debut on October 19 on YouTube. “Sean Evans will be in the hot seat for the first time. The host of ‘Hot Ones’ will try to answer some hard-hitting questions, of course, while enjoying our Spicy Ghost Pepper Donut,” the company said in a release.