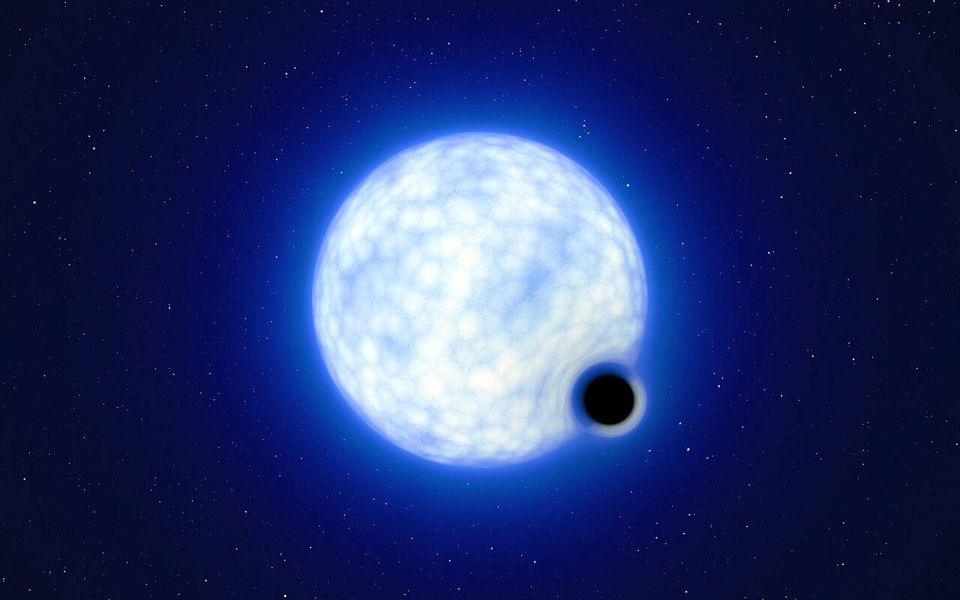 Astronomers have found what they call a cosmic needle in a haystack. This black hole is not only classified dormant, it appears to have been created by the absence of a dying star. Researchers found that the black hole in the galaxy next to the Milky Way is different from other black holes because it emits no powerful X-ray radiation. This indicates it has not consumed nearby material with strong gravitational pull. It was also not created in a stellar explosion called a “supernova”. The Black holes are considered to have no gravity such not a single ray of light can pass through it.

The discovery of this one, which has a mass nine times greater than the Sun, took place in the Tarantula Nebula area of the Large Magellanic Cloud Galaxy. It is approximately 160,000 light-years away from Earth. A light-year, or the distance light travels in one year, is about 9.5 trillion km. The black hole discovered recently and a hot and luminous blue star, with a mass 25 times our Sun, are currently orbiting each other. It is now known as VFTS 243. Researchers think the companion star may also be a black hole and could merge with it.

Although they are thought to be quite common, dormant black holes can be difficult to find because they interact little with the environment. Numerous other candidates were rejected before further investigation, including the team that discovered this one.

The difficulty is locating such objects,” said Tomer Shenar, an astronomy research fellow at Amsterdam University and principal author of the study published in the journal Nature Astronomy.

“It’s the first object of its sort identified after decades of searching,” said Harvard & Smithsonian Center for Astrophysics astronomer and research co-author Kareem El-Badry. Six years of data from the European Southern Observatory’s Very Large Telescope in Chile were used by the researchers.

There are many types of black holes. Stellar black holes are the smallest black holes discovered. The formation of black holes is from the explosion of massive stars. There are also intermediate-mass and supermassive black hole residing in the center of most galaxies.

“Black holes are inherently inky things. They do not produce any light. To discover a black hole, we normally look at binary systems in which one brilliant star moves around a second, undetected object “Julia Bodensteiner, a postdoctoral research researcher at the European Southern Observatory in Munich, is one of the study’s co-authors.

It is commonly believed that the powerful supernova explosion is responsible for the black hole formation of massive stars. A star with a mass 20 times that of the Sun caused some of its material to be blown into space by its death throes. It then collapsed on itself without an explosive explosion.

Evidence for an explosion is also shown by the shape of its orbit and its companion. Dr Shenar stated that the orbit of the system was almost perfectly circular.

He added that a supernova would have caused the blast’s energy to kick the black hole in an undetermined direction, and resulted in an elliptical orbit rather than a circular one.

Black holes may be “mercilessly voracious,” consuming any material that comes under their gravitational pull – gas, dust, and stars.

Black holes are only capable of devouring anything that is close enough to them. Dr Bodensteiner explained that they are usually detected when they receive material from a companion star. This is called accretion.

Dr. Shenar continued: “The partner is far enough away in so-called inactive black hole systems that material does not gather around the black hole, causing it to heat up and generate X-rays. Instead, it is instantly devoured by the black hole.”