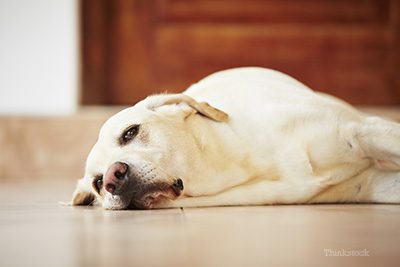 The San Diego County Health and Human Services Agency has reported a mysterious and deadly bacterial infection in dogs across the region. Experts have said that animals have been suffering from an outbreak of leptospirosis in San Diego. It is a contagious disease, as per the experts. There have been around 34 confirmed cases of leptospirosis, which have been reported in local dogs particularly in the Hillcrest and Mission Hills areas. Many dogs have been admitted to the hospital due to the infectious disease in the region and one dog has been euthanized as well. Experts have said that boarding at kennels, which allows dog-to-dog interaction, might be a prominent risk factor in contracting the disease. However, they have found that some dogs that have interacted with other dogs in the park as well have fallen ill with the contagious disease. The kennels, which have been associated with the cases, have informed the owners about the all-potential contacts of dogs that have been diagnosed with the disease.

These kennels have been shut down for two weeks for cleaning and disinfection. As per the experts, symptoms of leptospirosis can differ in dogs. It can include fever, muscle weakening, vomiting, and diarrhea, loss of appetite, low energy, and frequent urination. Some dogs might throw blood while urinating. Health experts have said that no human case has been linked to this infectious outbreak in dogs, however, if anyone shows symptoms such as fever, headache, muscle aches, particularly in the back and calves should immediately contact their healthcare provider. The county has issued a health advisory to local physicians and veterinarians this week informing them about the outbreak of the contagious disease.

Various species of spirochete bacteria known as leptospira lead to leptospirosis disease. These bacteria can affect many species of mammals such as humans, dogs, mice, raccoons, skunks, and opossums. Experts have said that bacteria are released in the urine of infected animals. It might infect food, bedding, soil, and water. Humans and dogs can contract the disease through direct contact with skin abrasions, mucous membranes, or through drinking contaminated water. The county public health officer Dr. Wilma Wooten has said that dogs are at a higher risk of being infected with the disease while they visit kennels or parks and start playing and sniffing each other. He has advised the dog owners that if the dog starts experiencing any sign of the disease, they should immediately consult a veterinary doctor. As per the report, a vaccine for leptospirosis in dogs is available which might be effective in preventing the disease.