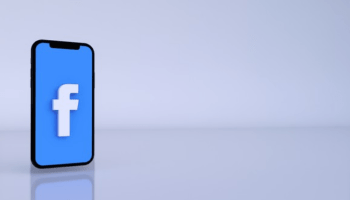 The pandemic led to a fast-forwarded tech revolution. Physical meetings are relative a matter of past days. The rise in virtual meetings has increased manifold. Technology has a vital role in facilitating smooth communication during difficult times. Physical meetings are being replicated virtually because of innovative methods. In a bid to make virtual dating more interesting, social media giant Facebook is introducing new features. Facebook said that it has added audio dates and more features to its dating app. Facebook wants to make the platform a new way of meeting the match. The audio dates feature is a small part of Facebook’s effort to add new avenues to its dating platform.

The audio dates feature will let a person make a call to the other person. It means that they can have an audio conversation. Facebook will send an invitation when the first person makes a call. The receiving person will be asked to accept the invitation to begin the conversation. If accepted, the two can start an audio chat. Facebook said that it will also allow users to set up additional places as well in its app. They can set two places where they wish to have a meeting and look for matches. The feature is called Match Anywhere. According to the social media giant, this will ease the match-up. The feature will be helpful especially to those living in different places.

Facebook is also bringing the Lucky Pick feature. It will let daters consider candidates who have different preferences. Facebook has been connecting people worldwide for the last two decades. The platform opened new ways of socialization and revolutionized the way they communicate. Facebook operates multiple platforms. The Dating is not the only dating app which it owns. The company launched Sparked in April this year. It is a video dating app. It allows daters to connect through a video that lasts four minutes. If the daters feel that they can have a great time together, Sparked will allow them to schedule a video date for 10 minutes. After that, Sparked will suggest the daters exchange contact.