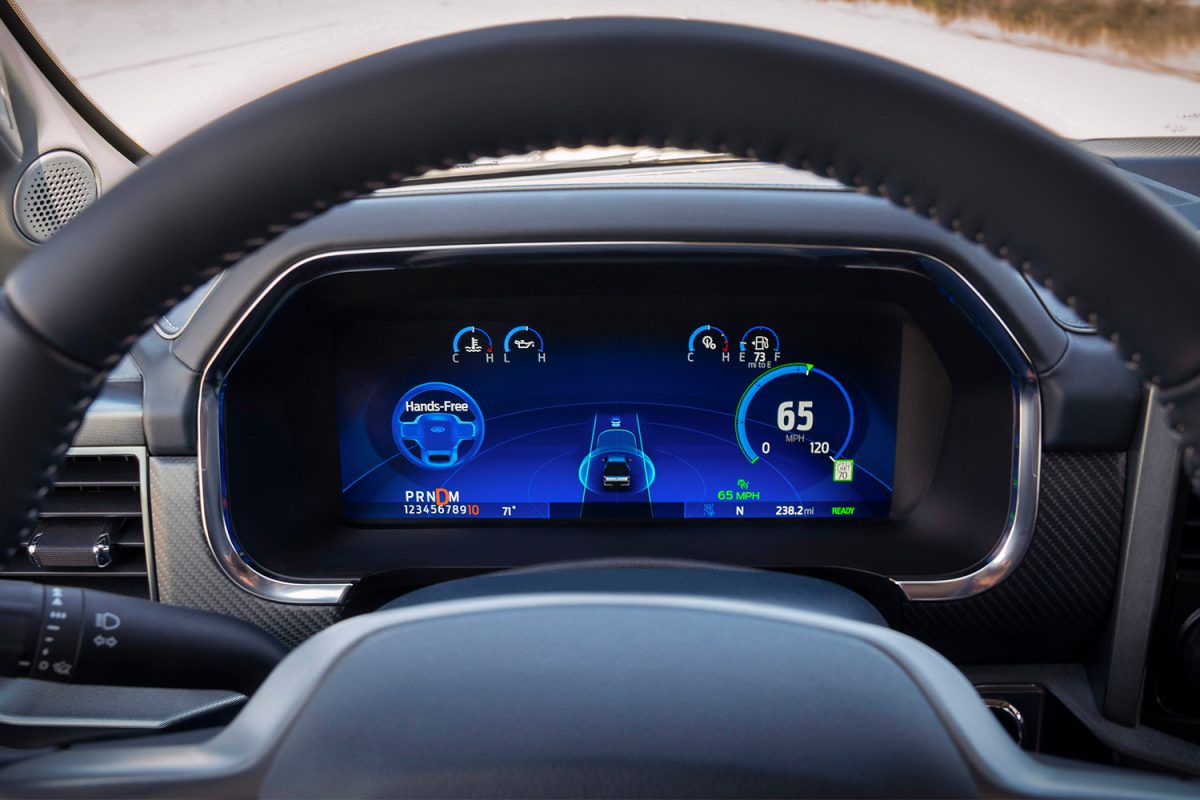 Home / General Motors, Ford Cross Swords Over Use of ‘BlueCruise’ Name For Branding Self Driving Cars

General Motors, Ford Cross Swords Over Use of ‘BlueCruise’ Name For Branding Self Driving Cars

General Motors has dragged its rival Ford to court over the use of ‘BlueCruise’ for branding its hand-free driving technology. The American car manufacturer has sued Ford after it renamed the self-driving system Blue Cruise. Ford earlier used to call it Co-Pilot360. It renamed the technology in April. GM said that the move was necessary to protect its Cruise Robo-taxi subsidiary. The company also said that it took the step after efforts to resolve the matter through talks failed. GM in a statement said that the use of the BlueCruise name directly infringed trademarks used by it for automated driving. Super Cruise and Hyper Cruise are some of the trademarks that the company is already using. GM has asked the US federal court to stop its rival from using the name. “The company was hopeful of resolving the matter with Ford in an amicable manner. But talks failed to reach any conclusion. We were left with no other option but to approach the court in order to defend our brands. Our products and technology have become popular over the years and we will do everything to safeguard it,” General Motors said in a statement.

According to documents filed with the US District Court Northern District of California, GM said that Ford was aware of what exactly it was doing. “Ford could have easily adopted a unique brand for its technology if it had intended to do it. The company could have done it by using the word ‘Cruise’,” GM said. Super Cruise was first introduced by General Motors in the year 2017. This technology was provided on the Cadillac CT6 and it allowed drivers to take their hand off the wheel, though only for a short period of time. GM has been expanding this technology and it is now capable of changing lanes without the driver controlling the wheels. The company is planning to offer this technology in several other models. The other reason pointed out the carmaker is that Cruise LLC has a similar name. The startup is majorly controlled by General Motors. Semi-autonomous features are a rage these days and companies have made it a battle of sorts. These technologies are now considered to be important in making drivers comfortable with cars. General Motors said that the technology offered by its rival is not advanced enough and this would ultimately tarnish the image of the Super Cruise brand.

On the other hand, Ford has termed the claims of General Motors as ‘meritless and frivolous.’ “Every person who owns a vehicle knows what cruise control is. Almost all car manufacturers are offering it. ‘Cruise’ is just a common shorthand for the capability,” Ford said. The company also pointed out that GM has not sued other companies using similar words while marketing their automated driving technology. It is pertinent to note that the companies have been using the word ‘cruise’ for decades. It is used to describe a control system that allows drivers to fix a particular speed that the vehicle would maintain, usually on long rides on highways. Ford announced last year that it would offer Blue Cruise technology on its F-150 pickup. This is one of the top-selling vehicles of the company in America. The company also said that the technology would also be offered as an over-the-air software update on its electric Mustang Mach-E. Companies are racing to offer technology that would let drivers take their hands off the steering wheel. But even the most advanced technologies, like the one offered by Tesla’s Advanced Driver Assistance Systems, are not smart enough to allow drivers to completely disengage from driving.