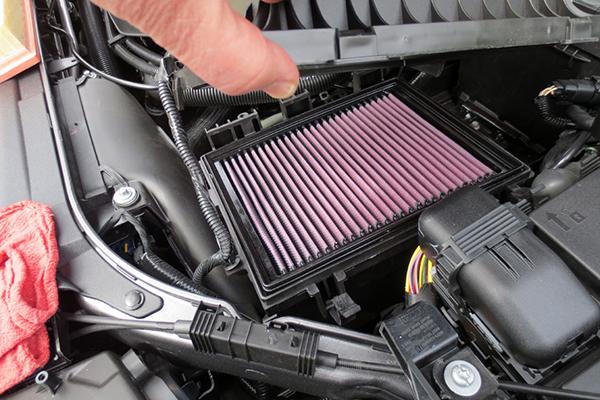 Engine filter is used to prevent contaminants, dirt, harmful debris from entering into the engine. There are three types of engine filters namely air filter, oil filter, and fuel filter. The engine air filter is made up of porous or fibrous material and helps to protect parts of the engine such as fuel lines, radiator, etc. from harmful debris that can enter where fuel and air flows. It removes particulate matter and various other impurities present in the air. Commonly, air filters are made up of cotton, paper, oil baths, or foam. An air filter allows traps some of the small particles present in the environment by allowing unrestricted air flow. It is placed in front of the mass air flow sensor and throttle body in an automotive intake system. In conventional vehicles, the air filter was commonly placed on top of the carburetor. In current vehicles, it is placed at the head end of an automotive intake system.

The engine oil filter helps in removing contaminants from engine oil, lubricating oil, hydraulic oil, or transmission oil present in the vehicle. It is used in various types of machinery. The oil picks up contaminations while circulating through the engine. Contamination in oil not only affects the efficiency of the engine but also damages it. In oil filter, oil enters into the filter through a series of small holes on the base flange’s other edge. Then it passes through the filter and enters into the engine through a large hole in the center. Commonly, modern filters are available with an anti-drain back valve.  When the engine is turned off anti-drain back valve prevents oil from draining out of the filter.

By region, the engine filter market is categorized into North America, Europe, Asia Pacific, Latin America, and Middle East & Africa. Growing automotive industry, coupled with rising demand for passenger and commercial vehicles in countries such as China and India are factors expected to increase demand for engine filters in Asia Pacific region in the next ten years. In addition, increasing adoption of electrical vehicles among end users is another factor anticipated fuel growth of the engine filter market in this region. Increasing production of vehicles in countries in Latin America is resulting in high demand for engines filters in this region.