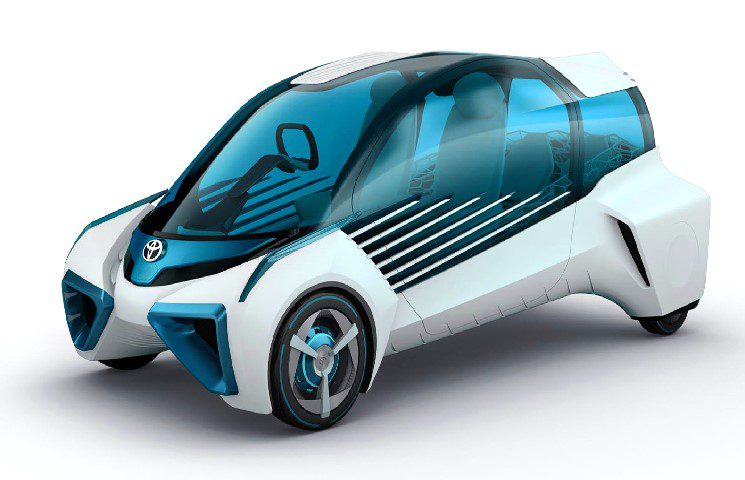 Fuel cell electric vehicles are fueled by pure hydrogen gas stored in the vehicle’s tank. Unlike conventional internal combustion engine vehicles, it takes less time to fill up the tank, and these vehicles can give an average of over 300 miles on a full tank. The polymer electrolyte membrane (PEM) fuel cell is the more common type of fuel cell used for vehicle applications. An electrolyte membrane is inserted between a positive electrode (cathode) and a negative electrode (anode) of the PEM fuel cell, and hydrogen is introduced to the anode and oxygen (from air) to the cathode. The hydrogen molecules break apart into protons and electrons as a result of an electrochemical reaction in the fuel cell catalyst. Protons travel through the membrane to the cathode, and this charges the fuel cell.

Demand for fuel cell electric vehicles is expected to be being driven by a rising need for low-emission vehicles, and concerns regarding the environment and future generations. Various developing countries are focusing on smart city projects and infrastructure, and high emissions of greenhouse and air pollutants from conventional vehicles are resulting in government initiatives to curb dependency on fossil fuel. In addition, manufacturers’ approach towards providing energy-efficient vehicles, coupled with the availability of various subsidies by governments that promote and encourage the purchase and use of electric vehicles.

Lack of developed infrastructure and related facilities, especially in many developing countries, along with high initial investment cost is limiting investment in manufacturing units. The global fuel cell electric vehicles are further categorized into vehicle type, distance, and region. The vehicle type comprises PCV, LCV, HCV, E-bikes, and forklifts. Adopting of LCVs is growing due to increasing trade activities and high demand for energy efficient light commercial vehicles that cause less pollution.

The Asia Pacific accounts for largest revenue share in the fuel cell electric vehicles market due to increasing government initiatives to reduce air pollution caused by vehicles, and availability of government subsidies that promote the use of EVs in countries such as China and India. The market in North America is expected to register significant revenue share due to stringent government regulations related to vehicle emissions and the presence of major automotive manufacturers operating in this region.

The global fuel cell electric vehicles market is highly consolidated, and there is a limited number of players in the global market. A key trend observed in the market is that players are focusing on strategic merger and acquisition activities in order to expand their customer base and geographical footprint.