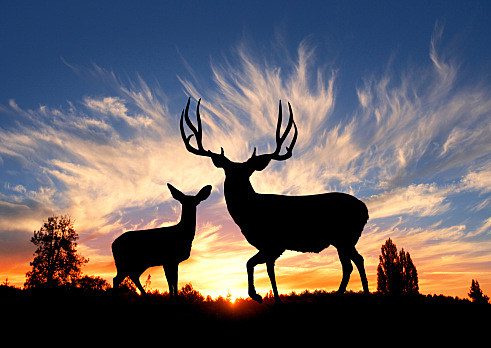 Wildlife authorities from the state of Minnesota have issued an emergency advisory to halt the local travel and import of farmed deer due to the transmission of commonly fatal prion disease among wild deer. The order has been implemented by the authorities to reduce the spread of the disease among deer. In another case, wildlife officials from Vermont have reported the first confirmed case of another dreaded disease among wild deer across the state, the disease leads to severe internal bleeding. Experts have said that it seems an unsafe time for deer in the United States. However, experts have said that none of these diseases is expected to cause any threat to human life as of now. They have claimed that prion disease is led by unassuming proteins that turn misfolded into a deadly version of themselves in one way or another. As per the experts when a misfolded prion comes in contact with its normal version, it turns the normal version rogue as well.

Eventually, it leads to an accumulation of bad prions that harms the body especially the brain. As per the experts, some prion illnesses are contagious via exposure to infected tissues along with the cannibalism of brains, some prion diseases might be frequent in families, and some prion ailments take place unexpectedly and there is no clear reason behind them. Experts have said that almost all prion illnesses are very lethal in both animals and humans. However, the symptoms of these diseases can take years and sometimes decades to show up after exposure. Chronic wasting disease (CWD) is a prion infection that can impact a wide species of deer, moose, and elk. Experts have said that heavyweight loss is one of the most prominent symptoms of this disorder. Drooling, a lack of coordination, confusion, and the loss of fear around humans are some common symptoms of Chronic wasting disease, said the experts.

Wildlife experts have said that they think that deer usually contract CWD via exposure to contaminated body fluids. The disease can spread via polluted food and drinking water as well, said the experts. As per the experts, though the chronic wasting disease is unusual in wild and farmed deer overall, now many wildlife experts are worried that the disease might have become an urgent threat and has become worse. Scientists have said that the disease can transmit quite rapidly in a crowded population. The presence of the disease can last in the soil and water for a long time where infected deer urinate and defecate. At times, prions are much hard to be eradicated as compared to other contagious microbes. As per the report, the cases of CWD have been confirmed in 26 states in the US, Canada, and some regions of Europe and Asia as well. Due to the deadly nature of the disease, the officials of the Minnesota Department of Natural Resources have issued the emergency advisory. The officials have said that the import and transportation of farmed whitetail deer will be stopped until the next order in and out of the state. The decision has come after a CWD outbreak has been reported at a Wisconsin deer farm that has sold deer to seven states including Minnesota this summer.

The commissioner of the Minnesota Department of Natural Resources Sarah Stromme has said that the outbreak of CWD poses a serious, clear, and immediate threat to Minnesota’s wild deer. She has said that actions that have been taken by the state show that there is a lot at stake. The officials from the Department of Fish and Wildlife in Vermont as well have issued a deer-related advisory after reporting the first case of epizootic hemorrhagic disease (EHD) in wild deer across two regions of the state. Health experts have said that EHD is led by a virus that is known as epizootic hemorrhagic disease virus, it spreads via the bite of midge flies. Experts have said that EHD is not transmissible among deer and it is not as dangerous as CWD. Nevertheless, sometimes, EHD can lead to severe and fatal bleeding and disability. As per the data, the disease has been prevalent in the United States for a long time, but this year has escalated its reach in the southern part of the US. Experts have revealed that this year, in New York, around 700 wild deer have lost their lives after being infected with EHD.

It shows that last year the disease has taken a far larger toll as compared to past episodic outbreaks. The officials from Vermont have said that episodic cases of EHD might be linked to outbreaks that have taken place in New York this year. The Winter season should reduce the transmission of EHD soon enough until next spring as the disease is spread by the bites of midge flies. Experts have said that EHD does not affect humans and eating infected meat cannot be taken as a direct risk. However, deer infected with EHD might be ill in some other ways as well, therefore, eating their meat is not a good idea, said the experts. It is uncertain whether CWD can spread among humans. Nevertheless, some lab trials have found that the disease can spread in the labs to primates. So far, there has been no case of human prion disease that has been linked to eating infected meat or close proximity to deer infected with CWD.