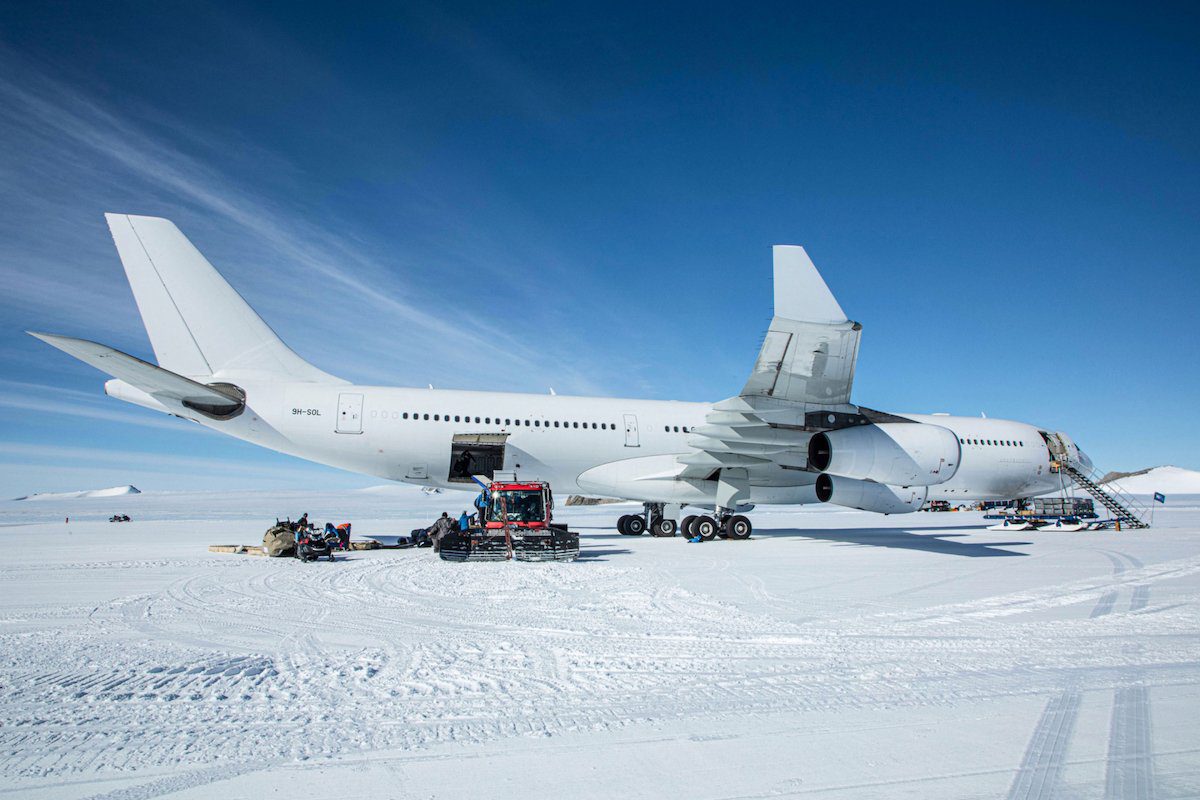 Hi Fly, a boutique aviation company, has created history by successfully landing an Airbus A340 plane on Antarctica. Hi Fly is a Portugal-based company that specializes in wet leases. This means that the company hires out aircraft and crew members and handles maintenance, insurance, and other logistics. The plane was commissioned by bougie adventure camp on Antarctica – Wolf’s Fang. The plane carrying much-needed supplies landed on the blue-ice runway. The runway at the Wolf’s Fang property is technically not an airport but has been designated a C Level airport. This means a crew that is highly specialized can fly there because of challenging conditions.

Wolf’s Fang is situated in the southernmost continent of the world. It is a new project of Antarctica tourism company the White Desert. The landing of flight in the White Continent was part of the preparation of the company before the upcoming season. The White Dessert is planning to take some scientists along with a small number of passengers and cargo there. A340 was chosen for the flight as it is considered to be one of the most ‘reliable and comfortable’ aircraft having a very long range and at the same time remarkable safety record. It was named Hi Fly 801 and was led by Captain Carlos Mirpuri. It is worth mentioning that he is also the vice president of Hi Fly.

The flight took around five hours and 30 minutes to reach Antarctica from Cape Town. After landing, the team spent less than three hours on the ground and then took off for Cape Town. Explaining his experience, Mipuri said that “the cooler it is the better.” “Special equipment was used to carve grooving along the runway and once it is clean, we get an adequate braking coefficient. The runway was 3,000 meters long and therefore it was not a problem to land and stop an A340,” he said. However, the glare caused by the blue ice is always a concern for pilots.