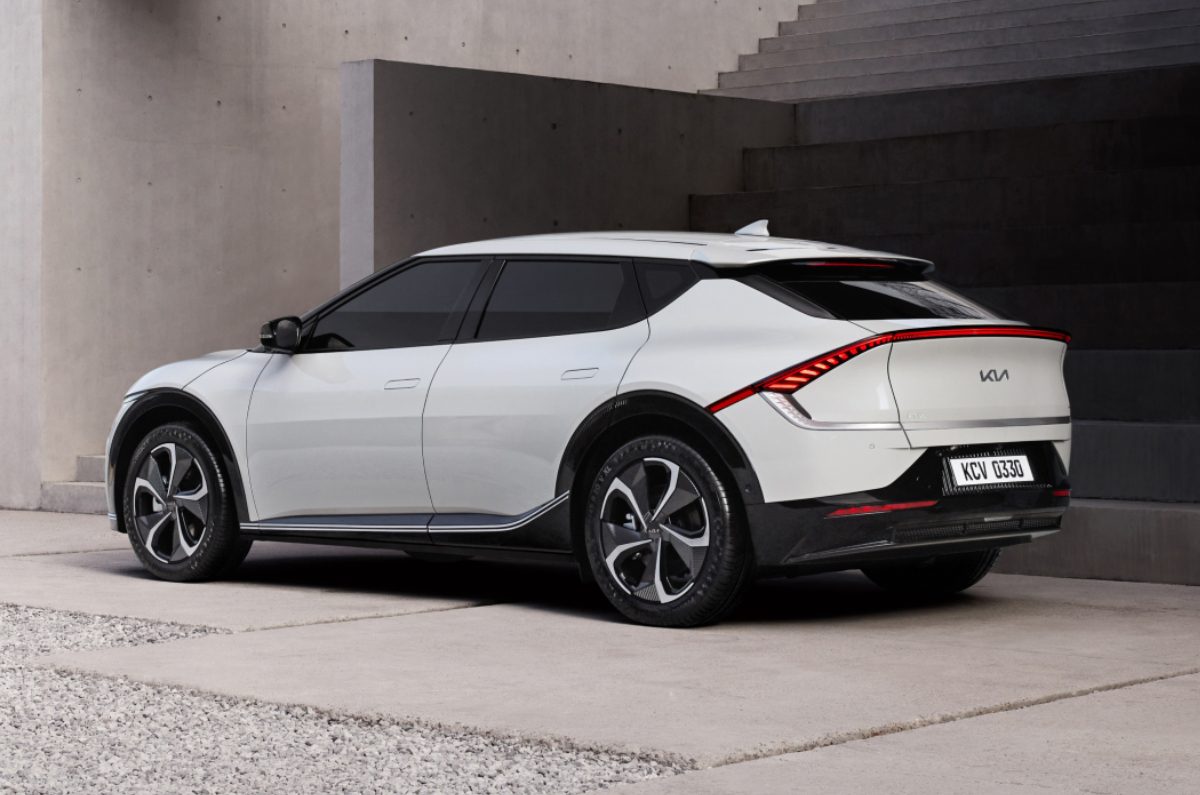 Kia Corporation has debuted its electric car in the global market. The South Korean carmaker has unveiled the design of the new car. It is named EV6. EV6 is the first dedicated electric vehicle by the company. It is built on Hyundai Motor Group’s EV platform. EV6 will be launched globally in March itself. Kia said that it has plans to launch seven models of the car. EV6 is one of the seven all-electric cars. The lineup will be available in the market by 2026. The car is based on the Electric-Global Modular Platform of Hyundai. It is developed under a new design theme which is called Opposites United. Kia said that it will apply the new design philosophy to all the upcoming models.

Kia in a statement said that the design of EV6 will make it a distinctive product and create an impact. It said that the combination of sophisticated and high-tech features will provide the vehicle a new and unique space in the market. The E-GMP platform offers a maximized space inside the car if compared with previous models. The exterior designs give it a modern appearance. The Digital Tiger Face of the car makes it stand unique in the arena. Kia said that EV6 has a high-definition audiovisual and navigation screen. EV6 has a clamshell bonnet with the company’s new logo. This makes an appealing element of the car.

The car sports unique tail-lights. The company has provided two spoilers at the rear. While one is placed above the tail-lights, the second one is the roof. Kia said that the new look will create a new visual identity. The company statement added that EV6 has an industrial design. It expects that the car will become a big hit when rolled out. It is designed on the company’s line of global design network. Kia Corporation is the second-biggest automobile manufacturer in South Korea. Kia and Hyundai together are the fifth-biggest automaker by sales in the world.