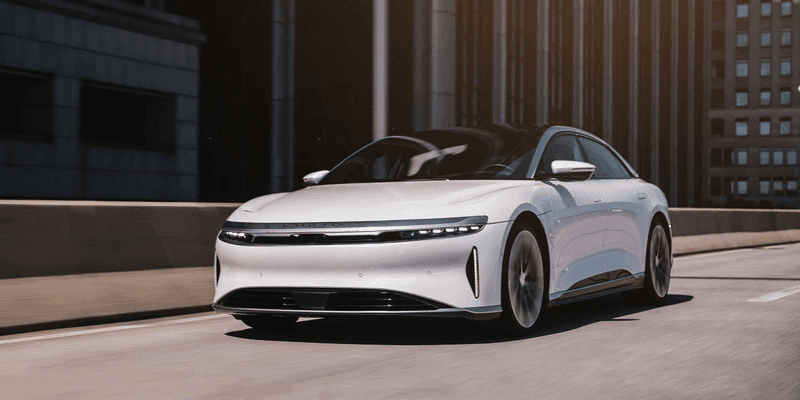 As promised, electric vehicle start-up Lucid Group has started its first customer deliveries of its luxurious and groundbreaking Lucid Air model. Everyone was eagerly waiting for it to enter the market as this is the longest-range electric car ever produced. The event to hand over the luxury electric sedans was called Dream Delivery. Chief executive officer Peter Rawlinson talked about the impressive details of the EV at the event where these cars were handed over to first clients. The electric car whose delivery has started is the Dream Edition. It is expected to have at least 520 units. This is equal to 520 miles of EPA range. The ceremony to deliver these EVs took place in California. The company delivered about 20 vehicles at the event.

The company managed to extract 520 miles on a full charge from a 118 kWh battery pack. The battery features 22 modules which are around 6,600 cylindrical cells. This is similar to Rivian R1T and R1S and also Tesla Model 3 and Model Y. The Grand Touring version of the vehicle has a slightly smaller battery. It has a 112 kWh battery that is not at all surprising. The difference between batteries was expected right when the EPA had announced efficiency and range numbers in September. The manufacturer was talking about having a 113 kWh battery for all cars at that time. Lucid has made a huge investment to achieve this energy efficiency. It can cover a distance of 4.4 miles per kWh.

The price of the Air Dream Edition is USD 169,000. The deliveries come almost a month after the start-up started production of its first cars for customers. The car was manufactured in its new factory in Casa Grande, Ariz. Without commenting on the number of vehicles that Lucid has already built, a company spokesperson said that Lucid will continue to increase production of the car. The company would soon start delivery of lower-priced models. The entry-level version of the Lucid Air is expected to be priced at USD 77,400. The company had earlier said that it expects to produce around 22,000 Lucid Air sedans in 2022. It is hopeful of generating around USD 2.2 billion in revenue from this. Lucid has scheduled its first earnings reports for November 15. As a result of the development, shares of the company surged 47 percent.