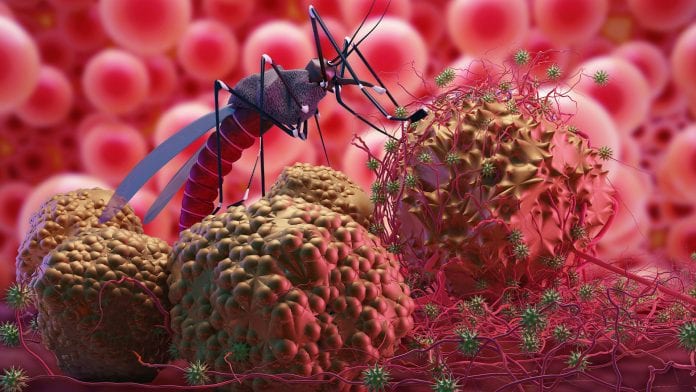 The World Health Organization (WHO) has said that disruptions in malaria treatment and lack of funding due to the COVID19 pandemic have put tens of thousands of people’s lives at risk in Sub-Saharan Africa. Health officials have said that deaths due to malaria are expected to rise in the region. The WHO has said that the number of deaths due to Malaria will far exceed the number of people killed by the COVID19 pandemic. The health agency has said that even a moderate disruption in malaria treatment can lead to significant loss of life. As per the report, a 10 percent disruption in the treatment of the mosquito-borne disease can result in 19000 extra deaths. This number will shoot up to 46000 with a 25 percent breakdown in access to care. This figure can go up to 100000 deaths due to 50 percent of disruption in healthcare.

WHO Regional Director for Africa Matshidiso Moeti has said that the COVID19 pandemic will continue to disrupt the efforts to fight the disease. It will derail the treatment of people who have been suffering from the disease, said the expert. He has said that international partners and other nations need to take more efforts to ensure that there are enough resources to establish a steady malaria program across the region. The COVID19 pandemic has left a devastating impact on African economies. The WHO has said that malaria is a preventable disease, however, it mainly affects countries in Africa. The report has shown that efforts to eliminate the mosquito-borne disease in these countries have slowed down as the COVID19 pandemic has emerged this year. There have been around 229 million cases of malaria worldwide in 2019. This figure remains unchanged over the past four years. As per the data, around 409000 people have lost their lives due to the disease last year. Most of them have been babies from African countries.

The WHO has said that funding has been a huge matter of concern for eliminating the disease. In 2000, African leaders have signed a deal called Abuja Declaration to reduce malaria deaths by 50 percent on the continent in 10 years. With strong political leadership, authorities have been able to reduce the death toll linked to malaria by 44 percent. However, due to lack of funding, there have been gaps in access to malaria control measures. The officials have said there is a need for targeted treatment, new tools, and increased funding to eliminate the disease from the continent. The agency has indicated that the 2020 global target for reducing malaria cases will be missed by at least 37 percent. At the same time, the global target of reduction in the death rate of the disease will go down by 22 percent.