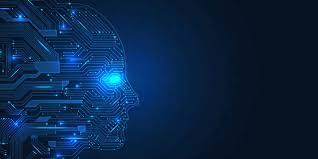 China can unlock economic value of US$600billion per year by embracing artificial intelligence (AI) in its industrial processes, medical research, and autonomous cars. However, more investment is necessary to unlock that potential.

McKinsey & Co. believes that AI-enabled offerings such as facial recognition or machine learning will increase economic output, reduce costs, and help to meld financial, consumer and manufacturing companies into products and services.

According to the global consultancy, efforts are being made to fully market AI technologies in the mainland over the next decade. The value of these technologies is estimated to be equivalent to 3.7% national gross domestic product (GDP) or US$600 Billion.

Multiple investments are needed, including the right technology and data to support AI systems and the talent to build them. To create data ecosystems, new business models and partnerships, as well as the development of industry standards, regulations, and regulations are required.

“The prospects are bright, but the road to success seems complicated,” stated Cao Hua of Unity Asset Management, a private equity firm. Based on the company’s growth rate and business size, autonomous driving is clearly the next battlefield for AI players.

The AI Index from Stanford University ranks China as one of the top three countries in global AI vibrancy. It assesses AI progress worldwide in terms research, economic development, and policy. Currently, AI adoption is dominated by the tech, finance and retail sectors.

AI applications can be used to analyse consumer behaviour and data to improve customer loyalty and increase revenue for e-commerce companies.

McKinsey projected that the continent’s automotive market, which is the world’s biggest, would provide US$380 million in economic value each year to the AI sector, as new technologies become available in vehicle personalisation, autonomous vehicles and fleet-asset administration.

Computer-vision techniques are helpful in data analysis, monitoring and driving of cars and drivers. They can be applied to intelligent cockpits as well as autonomous driving and smart city applications.

McKinsey claimed that innovations in process design can create another US$100billion in value in China’s manufacturing industries through AI applications like collaborative robots.

McKinsey says that in 2017, AI start-ups from China received US$17billion of funding via venture capital and private equity investments. This amount is almost one-fifth globally.