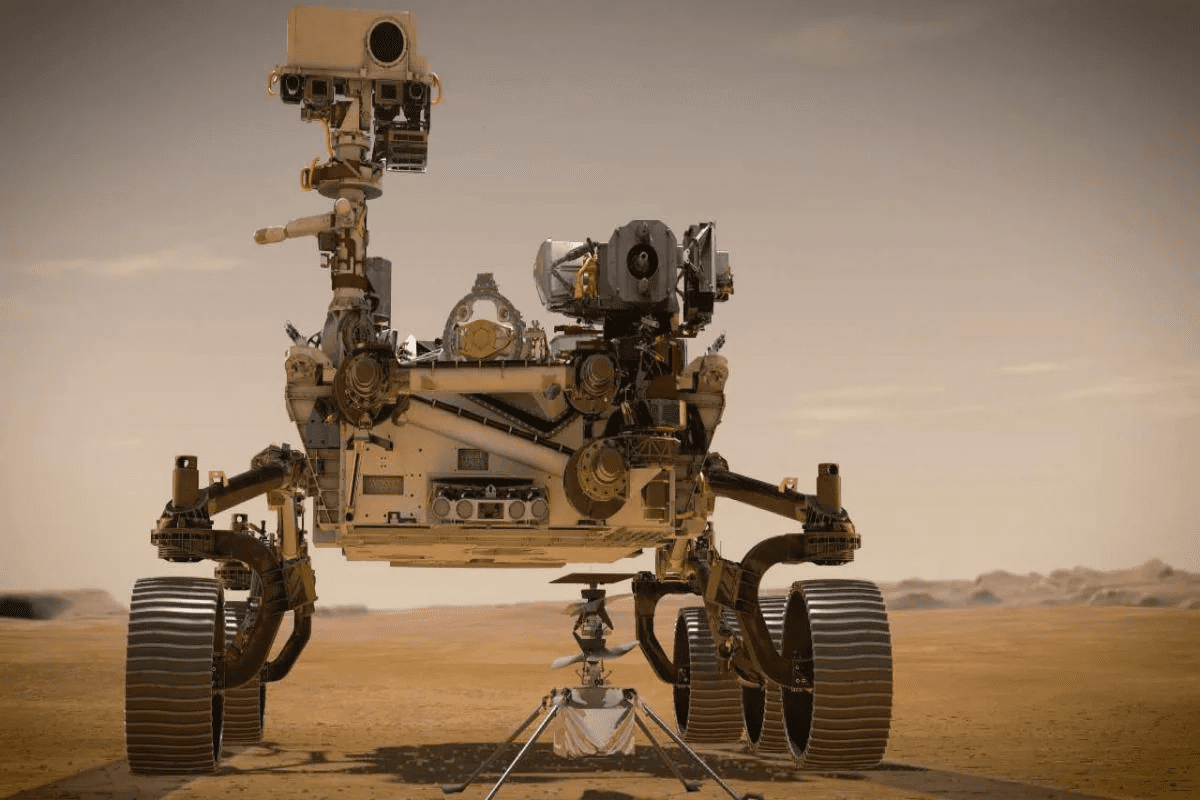 Home / NASA’s Perseverance Rover To Collect First-Ever Martian Sample, To Be Brought Back To Earth

NASA’s Perseverance Rover To Collect First-Ever Martian Sample, To Be Brought Back To Earth

The Perseverance rover is all set to acquire the first Mars sample. NASA said that sample collection is a part of the agency’s plan to bring them back to Earth in the future. Perseverance is the most hi-tech and latest rover that NASA landed on the Red Planet. This will be the first-ever sample collection by any agency on Earth’s neighbor. The rover will collect Martian rock and soil. It will be transported to Earth in future planned missions. Perseverance is a six-wheeled rover. It is searching for signs of microbial life on the planet. It landed on Mars’ Jezero Crater in February. It carried a mini-helicopter to the planet.

Perseverance can move at a maximum speed of 120 meters per hour. Its auto-navigation system will help it to trek across the Martian landscape. Scientists believe that if Mars ever hosted life, signs of life might be found on the planet. The robot will collect Martian samples over 15 km. It will then prepare the samples for collection by a future mission. The mission will take them back to Earth. A detailed analysis of Martian rock and soil will provide a better understanding of the planet’s composition and help in planning future missions accordingly. NASA is already planning to send its first crewed mission to Mars by end of the decade.

NASA said that the rover’s 7-foot long robotic arm will collect the sample. The sample collection will begin with the rover performing an imagery survey. The samples will be sealed in a tube. The Perseverance team will decide the location for collecting samples. The team will try to collect valuable data. The Perseverance mission is the first step in NASA’s aim to send humans to the Red Planet for exploration. It is holding talks with the European Space Agency to bring the samples back. Mars has shown promising signs to host life. NASA has operated multiple rovers on the planet. It was the only space agency to achieve the feat until China landed a rover on the planet in May.