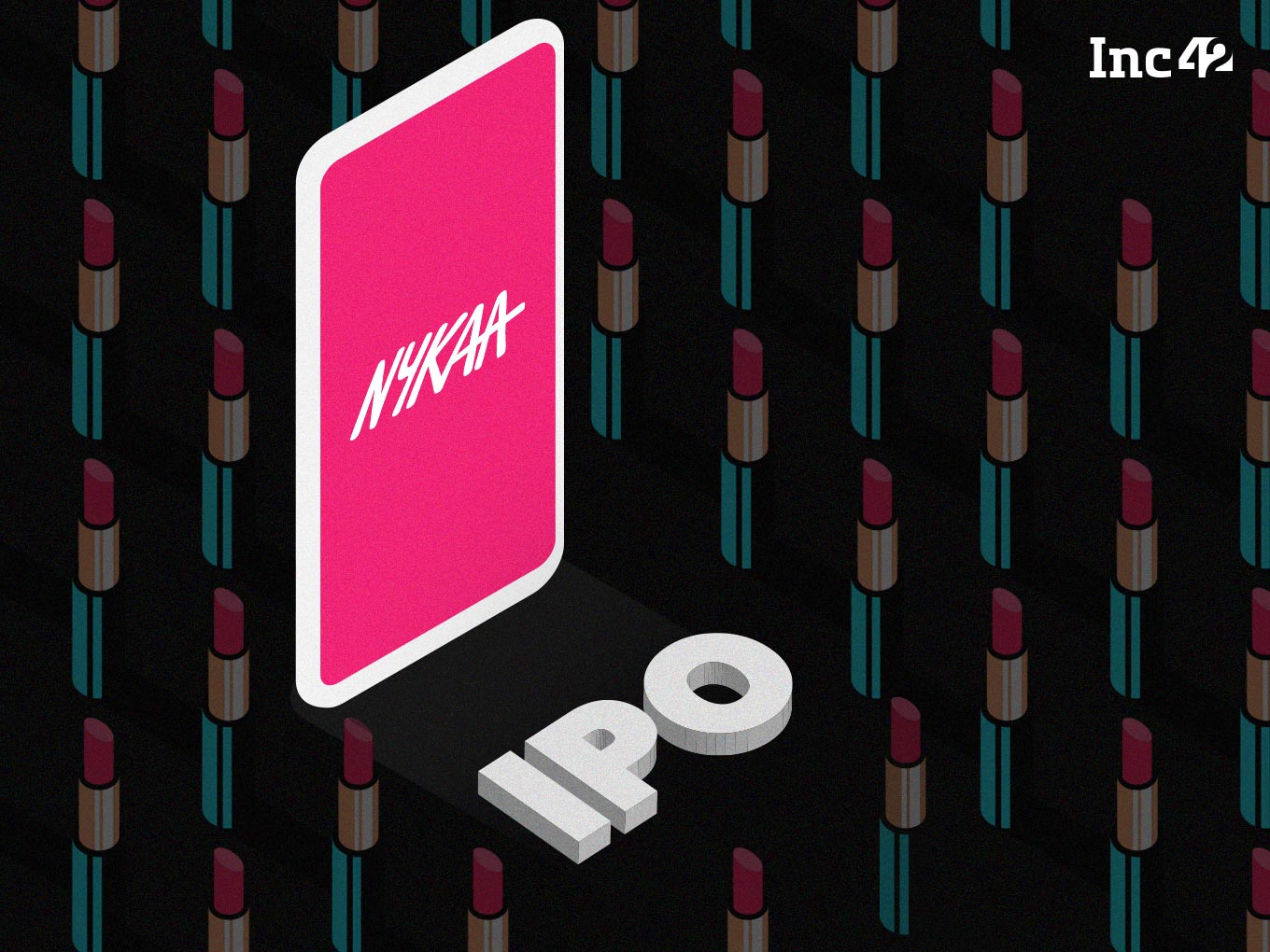 A day ahead of the opening of its initial public offering (IPO), FSN E-Commerce, the parent company of online lifestyle and beauty products marketplace, Nykaa, has raised over INR 2,395.84 Cr by allocating nearly 2.13 Cr shares to 174 anchor investors.

In a regulatory filing, FSN E-Commerce said, “Under Anchor Investors (AIs) portion in the public issue of FSN E–Commerce Ventures Limited, 21,296,397 equity shares have been subscribed today at Rs 1,125 per equity share.”

The IPO of the ecommerce unicorn will open on Thursday, October 28. As per the startup’s red herring prospectus (RHP), its IPO will include a fresh issue of INR 630 Cr and an offer for sale (OFS) of up to 41,972,660 shares.

Under the OFS, Sanjay Nayar Family Trust, the company’s promoter is offering up to 4.8 Mn shares. Nykaa’s investors — TPG Growth IV SF Pte Ltd and Lighthouse India Fund III would sell up to 5.421,510, and 4,844,620 shares, respectively.

Unlike most Indian startups that have filed the DRHP, Nykaa’s promoters continue to hold over 50% share in the company.

Falguni Nayar, the founder of the ecommerce unicorn, along with her husband Sanjay Nayar, their children Anchit Nayar and Adwaita Nayar hold 53.5% share in the company, as per the DRHP.

Founded by former investment banker Nayar in 2012, Nykaa has emerged as a go-to-ecommerce platform for beauty and fashion products. The company competes against heavily invested funded giants such as Amazon, Myntra, and Flipkart.