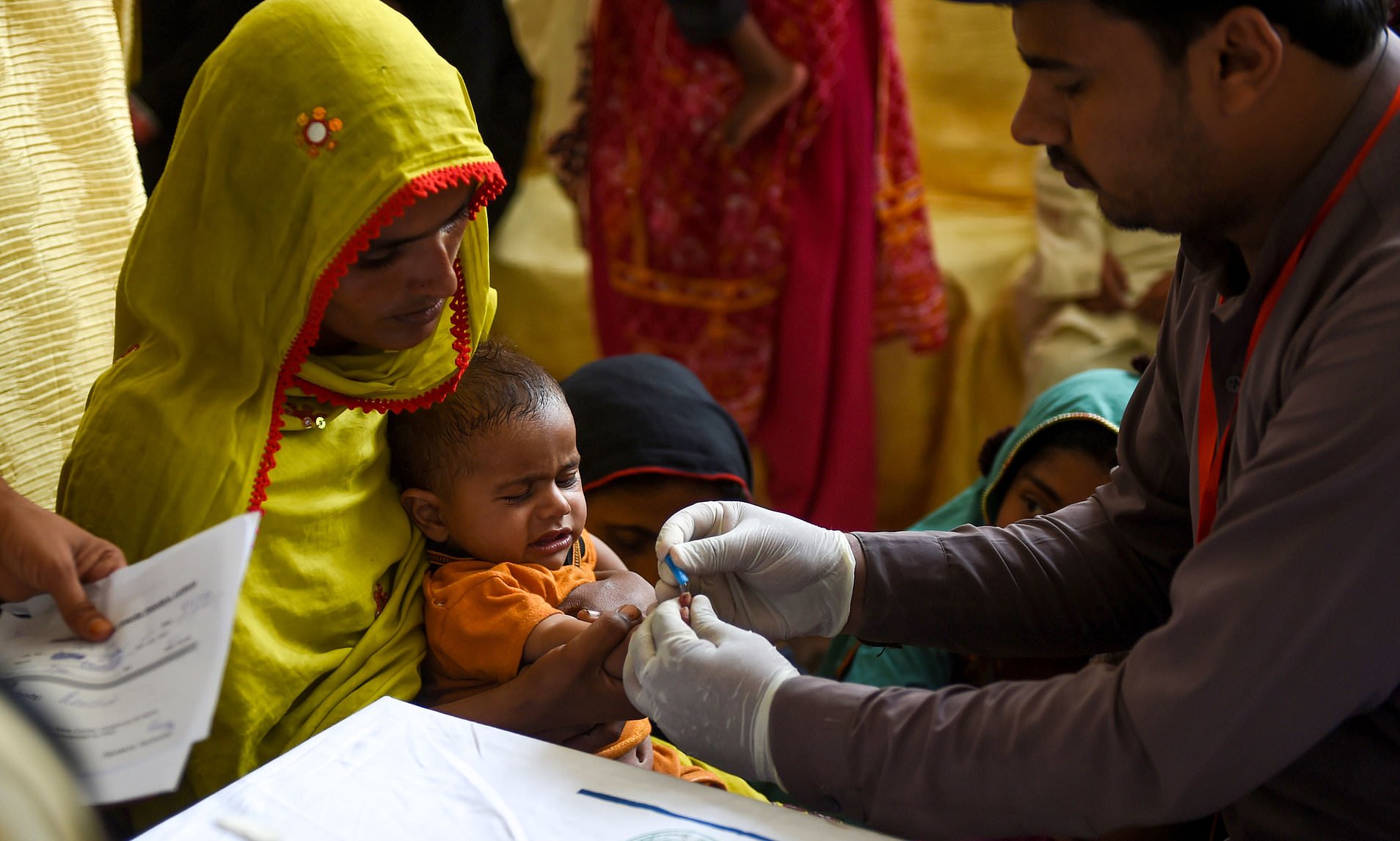 Nearly 900 children have been diagnosed with deadly disease HIV in a single city in Pakistan. The epidemic of HIV clutched the city of Ratodero after a pediatrician refused to use a new syringe needle on his patients. Dr. Muzzafar Ganghro has been charged with negligence and manslaughter. However, the doctor is yet to stand the trial in the court. His patients accused the doctor of refusing new syringes while treating children. He is still working on the outskirts of the city as a pediatrician after renewing his medical credentials. About 22 young adults have also been tested positive after severe HIV outbreak. Health officials fear that the actual number of affected people could be higher as only 200000 people have been tested so far in the city.

A resident of the city, Imtiaz Jalbani is one of the victims of the HIV epidemic. Dr. Ganghro was treating his six children. He said that the doctor used to search through his bin for an old needle to use on his six-year-old son. When he protested, the doctor said poor people could not afford a new needle.  Imtiaz’s son later was diagnosed as HIV positive. Four children of Jalbani have been tested HIV positive and the youngest two have already died. Another parent whose children have been infected from the disease said that the pediatrician used to use the same drip on 50 children without changing the needle.

The investigation led by the police and health department concluded Dr. Ganghro’s carelessness and negligence as the prime cause of the relentless HIV outbreak in the city. Nevertheless, authorities believe that it could not be the sole reason for the epidemic. Several dentists are said to be using unclean tools and the same razor is being used on customers in the barbershops. These practices can also be the reason behind the situation, said health officials. Lack of literacy is also a catalyst in raising the number of HIV infected population in Pakistan. As per the report submitted by UNAIDS, Only 4.29 percent of men and women in the age group of 15 to 24 years in Pakistan could identify the means and ways of preventing the sexual transmission of HIV.