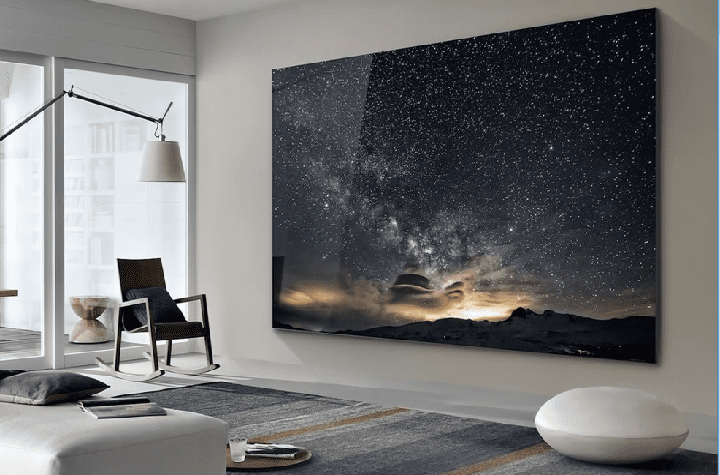 Samsung recently unveiled a massive 219-inch TV which is more than 18 feet. The Samsung giant TV is called “the Wall” introduced at the CES technology show in Las Vegas. It utilizes micro-LED technology that makes a brighter image by using less energy than existing televisions. For people who think a screen like this is better for a stadium than a living room, a 75-inch TV modular version is on track to come out soon. Users have the option to either watch that one TV or buy additional screens to snap together then make it a big one.

Hi-sense, Sony and TCL are also showed 75-inches TVs and more substantial. During the Consumer Electronics Show (CES) in Las Vegas, Nevada, the Samsung revealed a TV set and for good reasons. The behemoth MicroLED TV of 219-inch makes CES show bright. If you play games, 219-inch TV may not be useful for your hobby. In fact, in general, giant TVs aren’t great for gaming. The bigger the TV is, the farther you’ll have to sit back else you’ll be losing valuable information on the screen. Sitting too close to a large screen can often give most of the people headaches and make them feel nauseous.

40-45-inches TV is sweet options regarding bang for your buck in resolution gains. Imaging gaming on a 219-inch TV sounds a little difficult. However, it seems that “the Wall” won’t be consumer-friendly in price anytime soon.