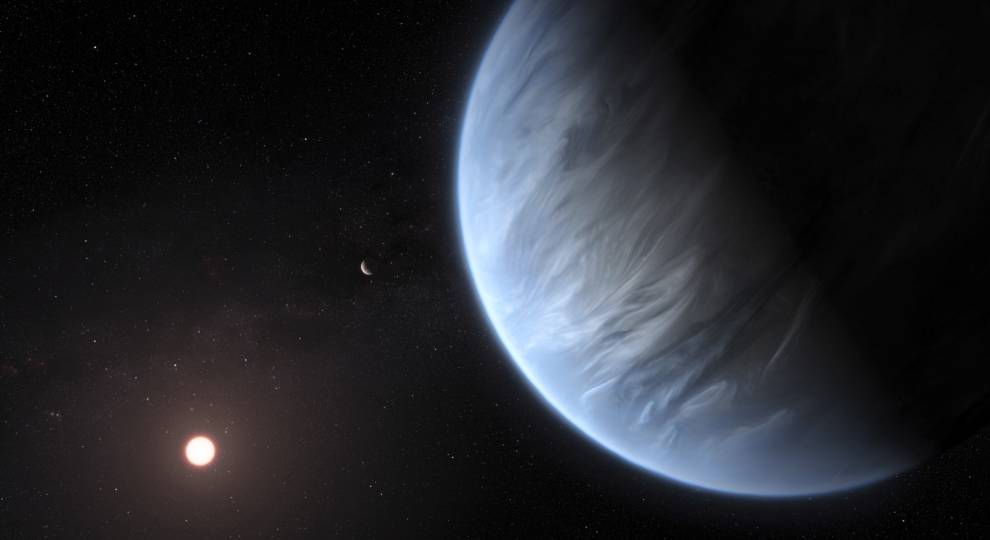 Home / Scientist Discover New Planet in Nearby Solar System, 35 Light-Years Away from Earth

Scientist Discover New Planet in Nearby Solar System, 35 Light-Years Away from Earth

Four, or perhaps five, planets are being found in a solar system about 35 light-years away from Earth. This planetary system could possibly hold one planet that lies firmly in its star’s habitable orbit, as well as one that is the smallest planet in terms of mass ever discovered with the radial velocity technique, with just 40% of the Mass of the earth. Scientists were able to effortlessly detect the previously discovered planets L98-59b, L98-59c, and L98-59d, in ascending order of their distance from the star, however, now they have strong evidence of the presence of a fourth planet, called L98-59e, with signs of a fifth. Though the fifth planet is still to be validated, however, if it’s legitimate, it has a weight of around 2.5 times that of Earth and orbits the star in only 23 Earth days resulting in a very small year.

The star, L98-59, is a red dwarf that is far smaller, colder, and paler than our Sun, radiating just 1% of our solar brightness. Three planets were already confirmed to be revolving around this star, found via the transit technique, which involves observing the star fade slightly when a planet comes right in between the star and the earth. This technique generally applies to systems whose edge is facing the Earth. To further describe the new planets, a group of scientists reobserved the system using multiple telescopes. The transit technique provides the diameter of the planet, however, scientists need to know the weight of a planet to properly study it; as mass provides the densities, which reveals what the globe might be composed of.

The radial velocity technique is used here: when the planet circles the sun, its gravitational force tugs on the star. As a result, the planet forms a large circle surrounding the system’s Centre of gravity, and the star forms a smaller ring. This implies the star is pointing towards the Earth for half of its orbit but away during the other half, which we can detect by applying the Doppler shift. This is exceedingly challenging due to the star’s slow motion, although it is feasible if we split its light into a spectrum, and then meticulously analyze the outcome. Adding to the confusion is the fact that the star has multiple planets orbiting it, because of which there will be numerous changes.