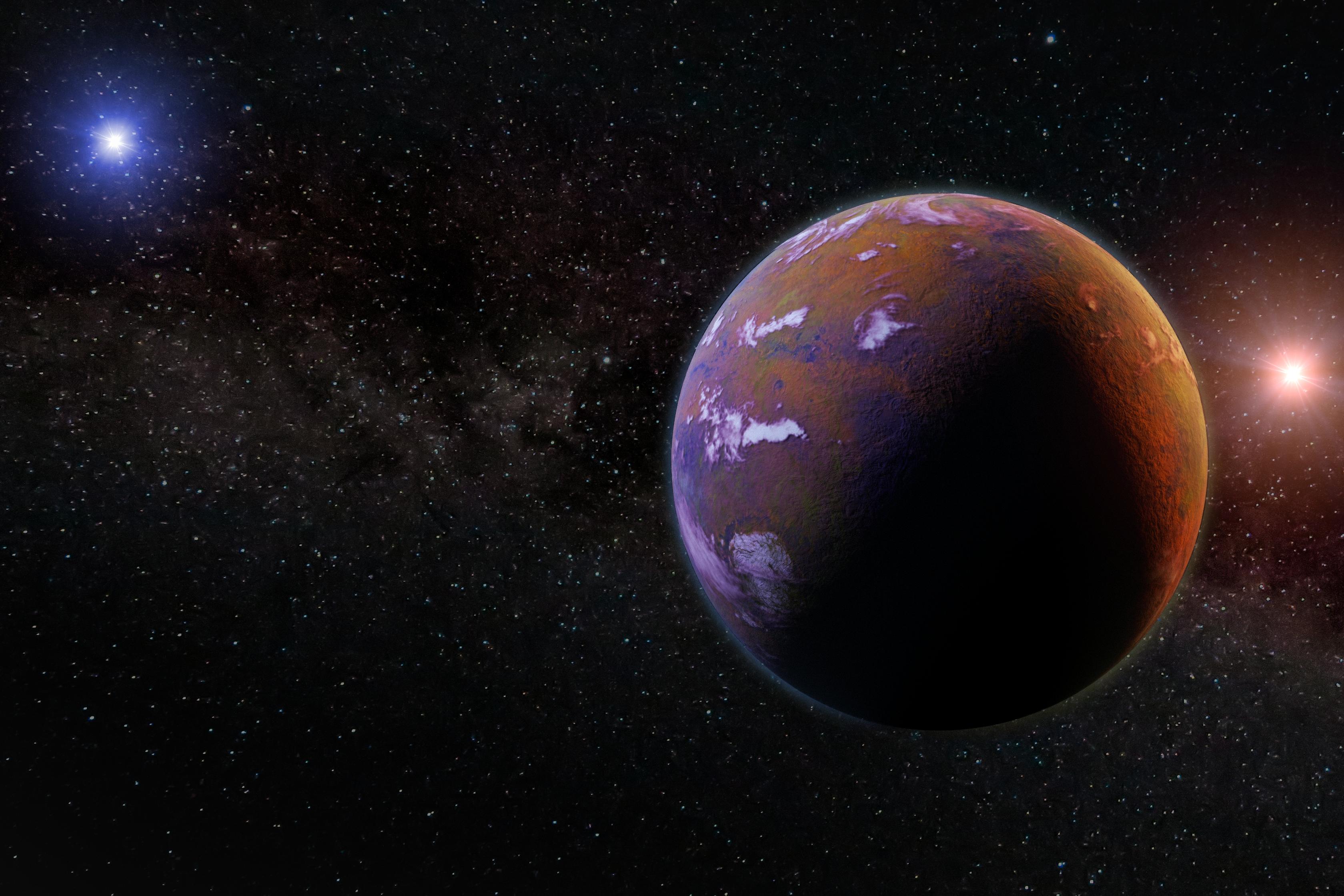 Scientist Find First Ever Planet That Orbits Three Stars at Once

It’s known as a circumtriple planet, and proof that one exists implies that planet formation is less uncommon than previously thought. GW Ori is a 1,300 light-year-apart solar system in the constellation Orion. It is encircled by a massive disc of dust and gas, which is a common characteristic of young star systems producing planets. However, it is a system with three stars, rather than one. GW Ori’s disc is divided into 2, somewhat like Saturn’s rings if they would have had a huge gap in between. To make matters worse, the outer ring is inclined at roughly 38°. Experts have been attempting to explain what is happening there.

Some speculated that the gap in the disc was caused by the formation of one or more planets in its orbit. If this is the case, it would be the first confirmed planet to orbit 3 stars simultaneously, also known as a circumtriple planet. The GW Ori system has now been more thoroughly studied, and astronomers believe a planet — a gaseous world the size of Jupiter — is the best argument for the hole in the dust cloud. Although the planet cannot be observed, scientists may be seeing it shape up its orbit in its first million years of life.

According to researchers, this disproves an alternate scenario in which the gravitational tension of the stars emptied the space in the disc. Their research argues that the disk’s permeability, or instability, is insufficient for this hypothesis. The discovery also emphasizes how much more there is to understand about the surprising ways planets may originate. The ALMA telescope picture, reveals the ringed nature of the GW Ori disc, with the innermost ring isolated from the remainder of the disc. Anyone who has seen Star Wars would recognize worlds with 2 stars ascending and setting in their sky.

Tatooine, Luke Skywalker’s dusty homeworld, was in such a binary star. A planet circling 3 suns, on the other hand, would be more uncommon. A recognizable life form would be unable to see the 3 stars in its sky if it could live on a gaseous giant such as the one that would circle GW Ori. Instead, they would see only a pair because the two closest stars orbit so close together that they appear as a single point of light. Nonetheless, when the planet spun, its stars would fall and rise in spectacular sunrises as well as sunsets, unlike every other known globe.

Scientists have been looking for a planet orbiting 3 suns and have discovered probable clues of another system, GG Tau A, roughly 450 light-years from Earth. The opening in GW Ori’s dust and gas ring, however, makes it a compelling example, according to researchers. “It might be the first indication of a circumtriple planet creating a hole in real-time,” explained Jeremy Smallwood, lead author of the new article at the University of Nevada, Las Vegas. The researchers “make a solid argument,” according to William Welsh, of the San Diego State University. It would be interesting if this turned out to be a planet.”

GW Ori’s stars, instead of a planet, produced the gap in the system’s disc, says that data from the ALMA observatory, as well as a very large telescope in Chile in the coming months, might put an end to the argument. Dr. Young explained, “We’ll be able to look for concrete proof of a planet in the disc.” If the planet theory is proven correct, the system will strengthen the notion that planet creation is common. Several worlds classified as circumbinary planets have previously been discovered to circle two stars at the same time.

However, circumtriple planets were more difficult to find, despite predictions that at least a tenth of all-stars group in systems of 3 or more stars. However, the possibility of their existence shows that planets may form in a variety of environments, even in this most unusual of systems. This implies that exoplanets are likely to form in more unexpected places. “What we’ve discovered is that planets develop whenever they can,” stated Sean Raymond, of the University of Bordeaux in France who was not involved in the study. Perhaps a world-circling 4, 5, or 6 stars at the same time? “I don’t see why not,” he answered.