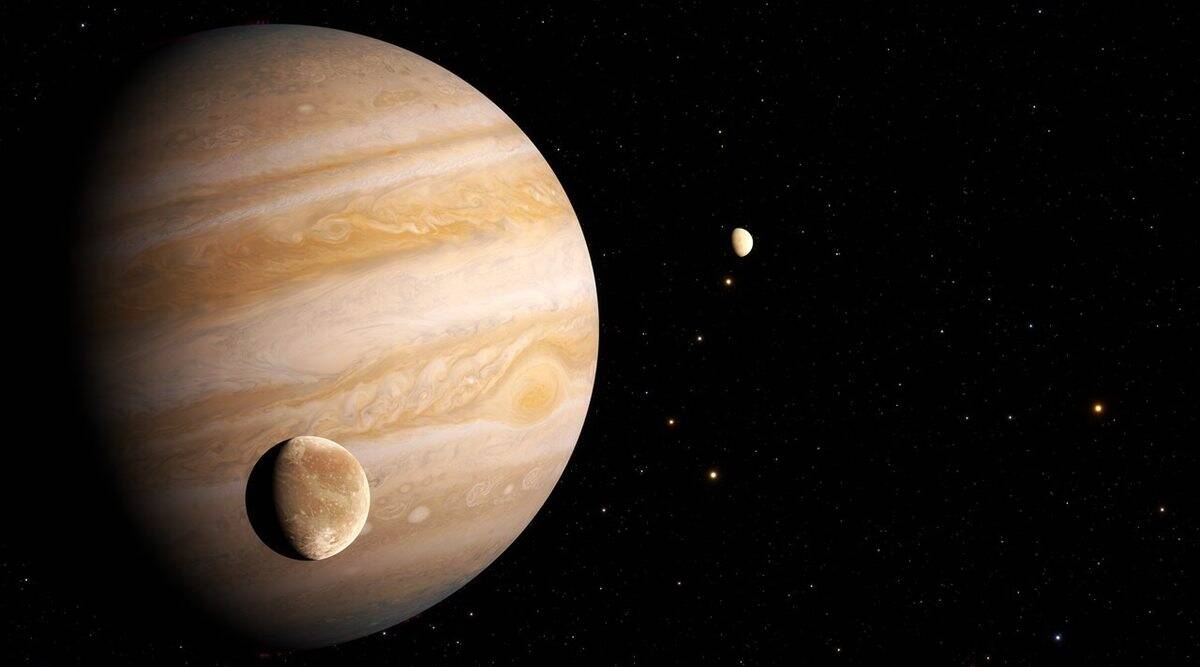 Among all the 79 Jupiter moons, Ganymede is the largest moon. Besides, Ganymede also holds the distinction of being the largest moon in the entire solar system. Past studies said that Ganymede contains water. The water present on Ganymede is even more than the water in all Earth’s oceans. But the temperature is so cold on Ganymede that water doesn’t flow in liquid form on the surface. Water on the surface of Ganymede is frozen and solid. Scientists believe that oceans at the moon reside 100 miles beneath the crust. This is the primary reason why water vapor doesn’t represent the evaporation of the ocean on the moon. The Hubble telescope is roughly half a billion miles away located from Ganymede.

According to NASA, the telescope had in 1998 first took ultraviolet images of Ganymede. The images revealed colorful ribbons of electrified gas. Scientists said that the moon has a weak magnetic field. They said that similarities in the UV images were explained by molecular oxygen. Some said that features are similar to expected emissions that are observed in an atmosphere containing pure oxygen. They noted that the discrepancy was due to the higher concentrations of atomic oxygen. Scientists again analyzed the data and discovered that Ganymede has hardly any atomic oxygen in the atmosphere. Scientists said that the surface temperature of the moon changes throughout the day. The surface becomes warm near the equator in the noon. This triggered the ice surface to release water molecules into the atmosphere.