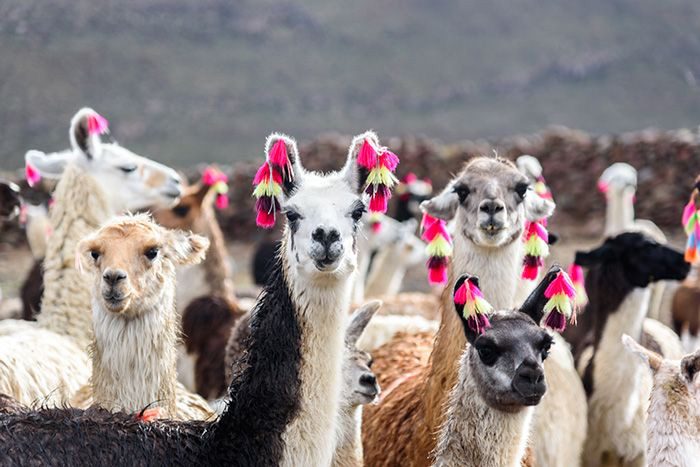 A new study has found a new way to extract tiny and extremely potent antibody fragments from llamas. Experts have said that these antibody fragments can be integrated into an inhalable remedy, which might be effective in preventing and treating COVID19. This study has been done by experts from the University of Pittsburgh School of Medicine. These antibody fragments from llamas are known as nanobodies. These are smaller than human antibodies, at the same time; these nanobodies are more effective in eliminating the SARS-CoV-2 virus. These are more stable than human antibodies, said the experts. This research has been released in the journal Science. The senior author of the study Dr. Yi Shi has said that they have created a technology, which analyzes antibodies at a large scale, which can neutralize the SARS-CoV-2 virus. They have been able to find thousands of nanobodies in llamas that have unparalleled efficacy.

The senior author has chosen black llamas to find such nanobodies. Shi and his teammates have infected these llamas with a piece of the virus’s spike protein, They have seen after two months the immune systems of these animals have developed mature nanobodies against the SARS-CoV-2 virus. Yi Shi has used a mass spectrometry-based technique for extracting these nanobodies. He has been developing this technique for the last three years. The lead author of the study Xufei Xiang has said that these nanobodies have been able to bind to the SARS-CoV-2 virus most strongly. Experts have tested them with a live virus as well. They have found that a small fraction of a nanogram has been able to eliminate plenty of viruses and saved millions of cells from being infected. Nanobodies extracted from llamas are considered the most effective antibody candidates, which can eradicate the virus thousands of times more effective than other nanobodies found in llamas.

Dr. Yi Shi has said that these nanobodies can survive at room temperature at least for six weeks. It will stay stable while being integrated into an inhalable mist, which can be delivered directly into the lungs. These nanobodies can identify the SARS-CoV-2 virus and latch on to it before it can harm the cells. On the other hand, conventional antibodies are given through IV. This method dilutes the antibodies throughout the body. That is the reason; it needs a much larger dose, which costs around $100000 per treatment course. However, nanobodies are less expensive. It directly targets affected areas through an inhalable mist.