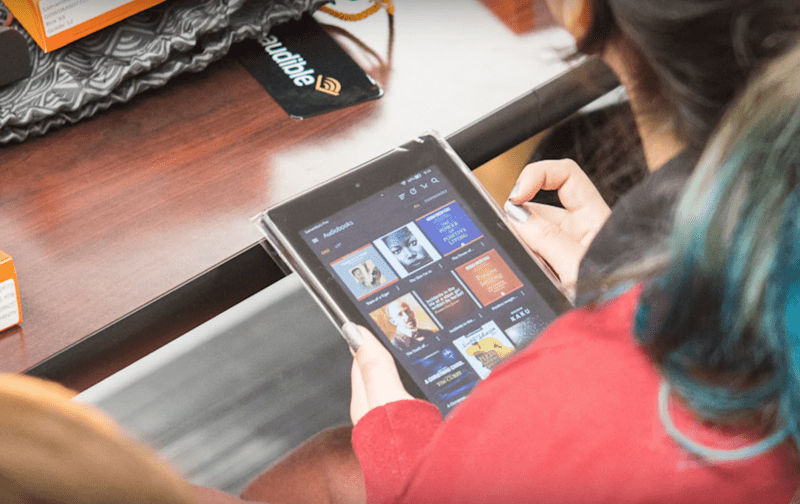 Amazon’s Subsidiary Audible is not facing the good days as the company is facing a lawsuit from seven of the United State’s publishers. The publishers have sued Audible on Friday over the alleged captions or Speed-to-Text feature, which shares the captions on the audiobooks. According to the book publishers, the feature is straight copyright infringement as it reads out the text of the book. The feature is not made public, as it is due next month for all of the Audible users. The publishers claim that the Law gives them the right to control the distribution of the books in various formats and platforms. As Audible is straight out using the text from the books for assisting the audio, it is copyright-infringement.

Audible operates with the Audiobooks license taken from the publishers. As the company owns the Audiobooks license, they cannot share the texts from the book as that needs a separate license. Even though the company is transliterating the text from audio, it is going to infringe the copyrights of the publishers and hence, is troublesome for Audible. The same reason can provide legal ground for Audible to build a case on positive aspects, as they are technically not fiddling with the original text and generating own transcriptions with the help of Algorithm.

Audible said that the new feature is aimed at people who want to read and listen to the books in own pace. The feature uses the machine-generated text, which allows the users to follow the lines along with the audiobook. Audible claimed that they are not infringing the copyrights of the publishers in any means. Also, the company said that they are willing to work closely with Publishers to let them know the potential and importance of audiobooks and transcription. Not just Audible, but Amazon faced a similar case with Kindle eBook readers when Amazon added the Text-to-Speech feature for the ebook reader devices.