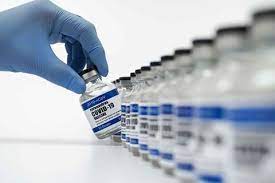 Health experts have claimed that although COVID19 vaccines work considerably well against the Delta variant, it will depend majorly on whether people have completed their vaccine regime or not. The findings of the study have shown that a single dose of Pfizer or AstraZeneca vaccines might be either weak or not at all effective against the Delta variant. Both these vaccines require two doses for full protection against the SARS-CoV-2 virus. Experts who have been involved in the study have done an experiment on the blood samples of people who have been given one of these shots. They have found that only 10 percent of people have been able to develop enough antibodies to fight against the Delta variant after the single dose. It means that only 10 percent of people will be protected from symptomatic infection of COVID19. On the other hand, after the second dose, nearly 95 percent of people have been able to generate neutralizing antibodies against the Delta strain. At the end of the study, experts have said that the Delta strain can easily dodge the protection derived from vaccines. Although the findings of such studies might not literally translate to the real world, many other studies as well have revealed that the Delta strain can easily escape immunity gained from one dose of the COVID19 shots. An analysis that has been done in the UK as well has found that the first dose of the Pfizer and AstraZeneca shots are only 33 percent efficient against symptomatic COVID19 infection that is caused by the Delta strain. The UK study has shown that the efficacy has shot up to 80 percent for Pfizer shot and 60 percent for AstraZeneca after the second dose. The results of the new study have been released in the journal called Nature.

A Canadian study that is yet to be peer-reviewed has shown that the first dose of Pfizer shot has been 56 percent effective against symptomatic infection led by the Delta variant after two weeks of vaccination. As per this study, the rate of efficiency has been 67 percent for AstraZeneca and 72 percent for Moderna vaccine after the first dose. The authors of the study have said that the rate of efficacy has shot up to 78 percent for Pfizer shot in terms of protecting against severe COVID19 infection that is caused by the Delta variant. While the rate of efficiency has risen to 88 percent in preventing hospitalizations that are linked to the Delta variant. Moderna vaccine has been 96 percent effective against protecting people against severe COVID19 infection linked to the Delta strain, said the experts. The same study has suggested that after the second dose, the Pfizer shot has been 87 percent effective in preventing symptomatic COVID19 infection caused by the Delta strain; however, they have not been able to gather enough data for AstraZeneca and Moderna vaccines. Health authorities have said that considering all these findings from different studies, it shows that people who are partially vaccinated might be more susceptible to symptomatic COVID19 disease now than in months in the past. The Delta variant has been first spotted in India during the times when the country has been facing the wraths of the second wave of the COVID19 pandemic. Since then, it has been circulating across many countries around the world such as the UK and the United States.

At present, nearly 48 percent of the US population has been vaccinated with two doses of the COVID19 shots. Around 56 percent of people in the US have been given at least one dose of the vaccine. However, in some states in the US, the gap between people who have received one dose of the vaccine and those who have been fully vaccinated is much broader than the national average. Dr. Jose Romero, who is the state health director in Arkansas, has said that around 15 percent of people who have been given the first doses of the COVID19 shot, have not come back for their second jabs. He has said that in certain cases, people have been scared of taking the second dose after experiencing initial side effects. Dr. Romero has said that the majority of people come to take the first dose of the two-dose vaccination course, but they do not take their second dose within the ideal window. Since the Delta variant has started circulating in the US, people have been worried about their health even after being fully vaccinated. Health experts have been proposing the idea of booster shots after the two-dose vaccination course in order to protect people from the deadly Delta strain. However, the US government has recently announced that people who have been vaccinated with the full two doses of any of the COVID19 shots do not need booster shots. The US Centers for Disease Control and Prevention (CDC) and the US Food and Drug Administration (FDA) have come forward to issue a joint statement about the need for the booster shot after Pfizer has declared that the company is developing a booster shot to prevent COVID19 infections linked to the Delta variant. The Delta variant has become the dominant strain in the US in the last couple of months. Both health agencies have claimed that people who are fully inoculated are fully protected from serious COVID19 infection and death, along with those variants that are spreading in the US at present.