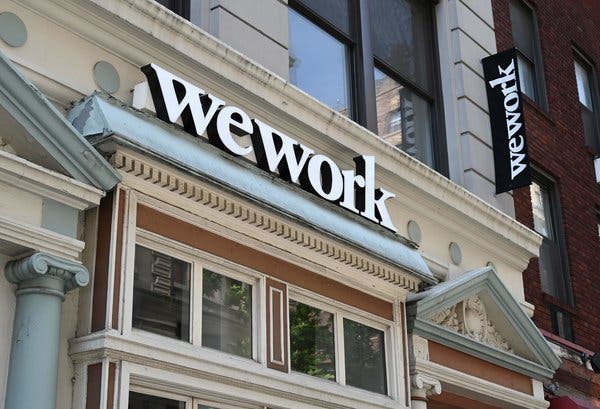 SoftBank has decided to bail out troubled office space startup ‘WeWork’. The Japanese multinational firm has expelled former founder of the We company Adam Neumann with a massive $1.7 billion payout. This deal will give Softbank the total ownership of WeWork. The potential valuation of ‘WeWork’ is supposed to go down to 8 billion dollars under this deal. Earlier the valuation of the troubled company was at its peak with 47 billion dollars. SoftBank has already put 5 billion dollars into the company to pump up its equity investment due for next year. SoftBank has also offered to buy stocks worth $3 billion from existing investors of WeWork Company.

Softbank’s vision fund will trade its interests in regional WeWork joint ventures across Asia for shares. This deal is supposed to give 80 percent of ownership of the struggling company to SoftBank. This deal materialized after turbulent two months of WeWork where the founder of the company anticipated a disastrous attempt to take the firm public. SoftBank has turned the fate around by taking over the beleaguered company. There will be a significant amount of financial infusion and operation support, said the chairperson of Softbank. Marcelo Claure will be the new executive chairperson of the WeWork board.

Former founder of ‘WeWork’, Adam Neumann has said that stepping down as chief executive is in the best interest of the company. Although SoftBank wanted to oust Neumann, however, he will retain an ‘observer’ status in the startup firm. ‘WeWork’ had a popularized co-working environment by renting out shared workplaces. The venture had expanded from one office in New York to 500 locations around the globe. Ironically, the firm has lost around $ 900 million this year. Neumann’s startup faced numerous criticisms over its operations. There were no women on its board and Neumann has several potential conflicts of interest with the investors. This deal puts an end to tumultuous time for ‘WeWork’ and the founder Adam Neumann whose leadership was questioned by the investors repeatedly.