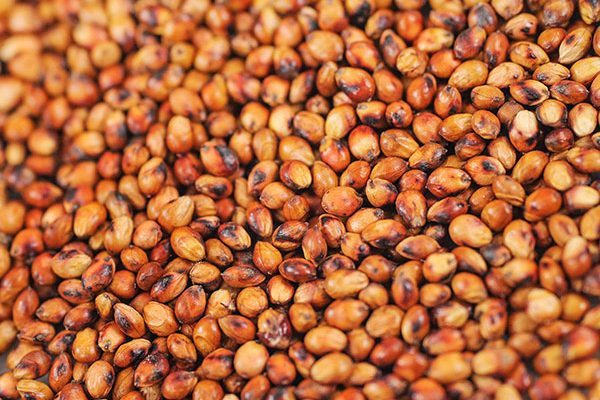 Sorghum is considered as a staple crop in certain countries such as India and Africa, and is considered to be fifth most important cereal crop in the world. Sorghum seed is used as a grain alternative, that is beneficial for individuals with autoimmune disorders and gluten intolerance. Sorghum is found in 30 different species among which only one is used for human consumption and others are used as fodder plants for animals. The sorghum is widely used for food and producing sorghum syrup, and sorghum molasses. This gluten-free grain is widely used in making cakes, flatbreads, and porridge. These are used in production of alcoholic beverages and biofuels across the globe.

Additionally, the crop yield is efficient as it is drought resistant and can be grown in the region with scarcity of water and high altitudes. The adoption of sorghum as a gluten-free and nutritious option for baked products is increasing. Growing awareness among consumers regarding sorghum seeds and its health benefits is leading to high consumption of sorghum seed. Moreover, government across various regions are taking initiatives to promote sorghum production owing to rising demand for these seeds in production of biofuels in developed and developing countries. Growing bakery products industry, especially, in developed regions such as North America and Europe, can have a positive impact of demand for sorghum seeds in the years to come.

READ
Global Sorghum Seed Market Is Projected To Increase Significantly At A Cagr Of 4.0% From 2019 To 2028

Sorghum is used in ethanol production, hence demand for ethanol as biofuel is increasing, especially in North America. Demand for the crop as feed livestock in China and making liquor of sorghum is increasing rapidly, owing to growing popularity and increasing awareness about its benefits among the consumers in China. Increasing focus on crop breeding by government and manufacturers of various countries can create significant revenue opportunities for the manufacturers operating in the market globally.