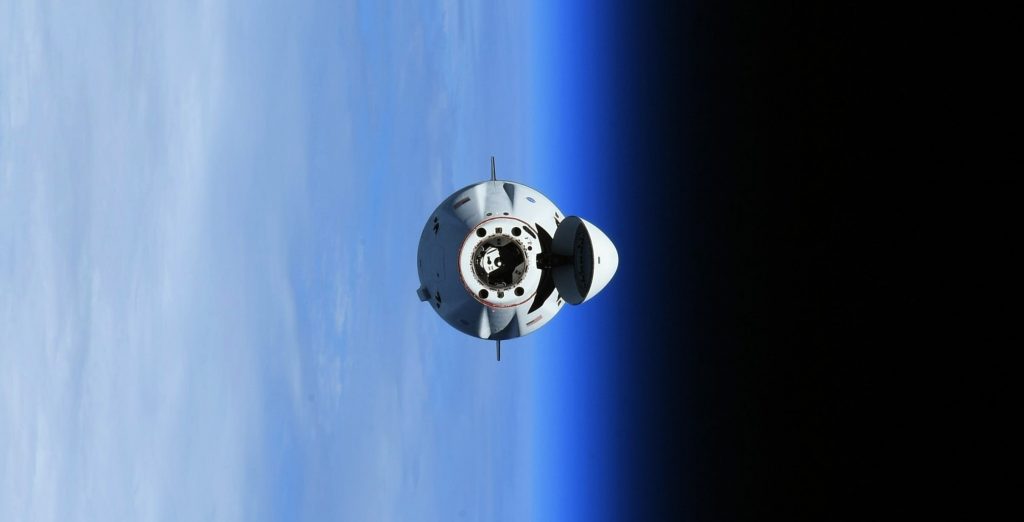 A SpaceX Dragon spacecraft has docked with the International Space Station (ISS) for the fourth mission in nine months. In 30 hours, SpaceX’s improved Cargo Dragon 2 spacecraft circled the Earth 20+ times prior to actually connecting with the International Space Station over 30 minutes ahead of schedule. The world’s turnaround milestone for a reusable orbital spacecraft, of which Dragon spacecraft are the only ones currently operating, was set on Monday, August 30th, when SpaceX’s cargo capsule C208 docked for the second time in nine months. After spending the previous four months in orbit in aid of NASA’s second commercial crew mission, SpaceX’s Crew Dragon was around to welcome the Cargo Dragon 2. Until 2021, at least two additional encounters between the duo of Dragon spacecraft in space are expected to occur. Exactly nine months earlier, the very same Cargo Dragon 2 capsule C208 established contact and connection with the International Space Station (ISS) with SpaceX’s Crew-1 Dragon spacecraft that was already docked. Crew-1 and CRS-21 were the focus of a number of news conferences and public comments made at the time.

It’s the first time that SpaceX has docked 2 Dragon spacecraft to the ISS. After Crew-1’s November 2020 launch, the Dragon capsule sustained a steady position in orbit and functioned side-by-side at the International Space Station, just as SpaceX predicted. It was never intended for NASA’s Commercial Crew Program to operate in a single-provider mode throughout the bulk of the program’s duration.  One of the two independent Commercial Resupply Services (CRS) spacecraft, SpaceX’s improved Cargo Dragon, routinely replenishes the International Space Station, providing backup in the eventuality that one ship or rocket could potentially develop significant issues. Similarly, NASA’s Commercial Crew Program has Boeing and SpaceX as backup crew transport suppliers. Although Boeing received 60 percent more financing than SpaceX for their Starliner spacecraft’s maiden uncrewed launch in December 2019, several catastrophic difficulties have plagued Boeing’s business in recent years, causing it to be delayed by two or more years. It’s likely that SpaceX will function as NASA’s primary crew transportation option for nearly 18 months until Boeing flies a single astronaut after fresh difficulties postponed Starliner’s uncrewed test flight.

By September 15, SpaceX’s first completely private Inspiration4 Crew Dragon flight is slated, while two more NASA Dragon missions, Crew-3 and CRS-24, are scheduled to launch between October and December of 2021.  SpaceX will keep sending Dragons to the International Space Station as long as Boeing’s Starliner is incapable of executing its crew transportation duty. SpaceX is on schedule to launch 8 Dragons, 4 Crew, 4 Cargo, 16 astronauts, and 11 tons of supply for the International Space Station over 13 months, excluding any delays with CRS-24.  It’s possible that the Crew Dragon and the Cargo Dragon 2 are two versions of the same Dragon 2 spaceship.