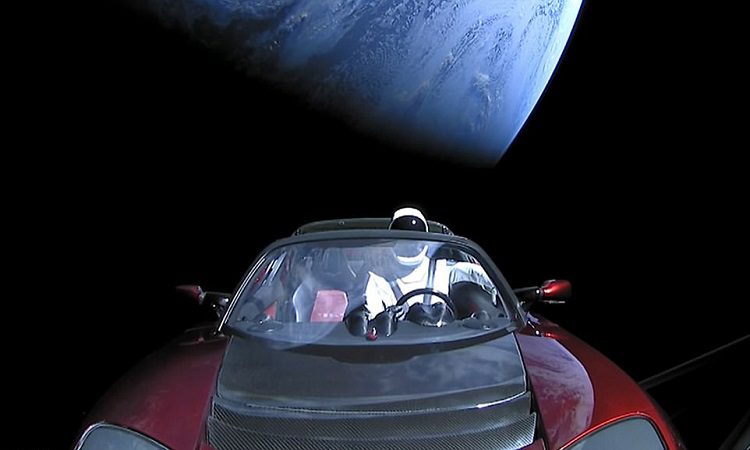 It was nine months before that SpaceX did something so extraordinary in the history of space exploration — by sending the Starman, who was placed on a Tesla Roadster to the space. The Roadster, an electric vehicle from Tesla, was deployed to the space sometime after the launch. Now, the recent announcement of SpaceX has made it clear that the Tesla Roadster containing the Starman has passed the Mars point. This was one of the preliminary goals set for the mission, launched using Falcon Heavy Rocket. For both SpaceX and Elon Musk, this news is something great.

The Tesla Roadster to Space Mission was something experimental for SpaceX and Elon Musk was not really confident about the project. There were even concerns whether the Roadster would make it to the space. All of those changed within a few hours of the Falcon Heavy-powered launch and even the livestream of the space visuals. All these nine months, the vehicle has been travelling through the space and it has now passed the point of Mars. Of course, SpaceX believes that the Starman would be able to travel more in the space — marking one of the best efforts by humankind.

The Tesla Roadster by Elon Musk was received by the public with much rejoice. However, some maintained that this was yet another marketing stunt done by Musk and that the Tesla Roadster would soon become a part of what is called the space debris. On the other hand, Musk said that it is a proof of being able to do something different in space. SpaceX, however, has not been focusing on the Starman or the trip in recent months as the company was busy with the Big Falcon Rocket and the upcoming space adventures, including the one to take the first private tourist to the space.