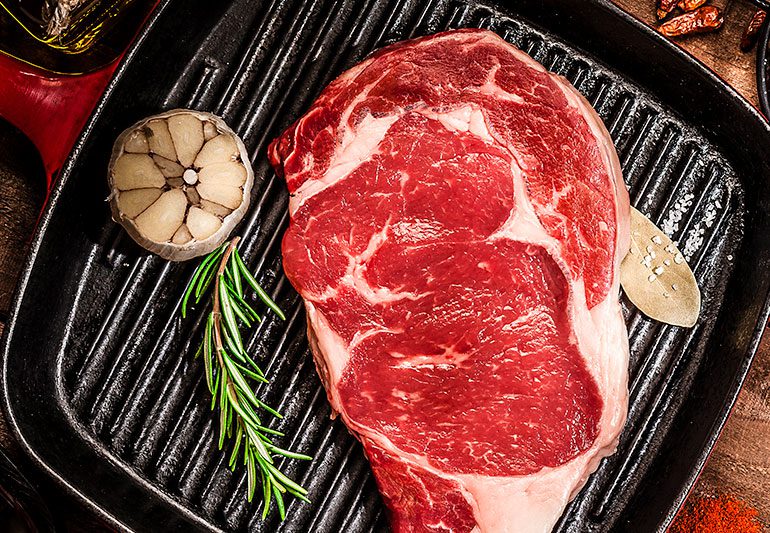 Health leaders have been saying that the amount of fat in the diet is linked to a higher risk of stroke. However, a new study that has been published recently has found that it is not the amount of fat rather it is the form of fat that is responsible for a greater risk of stroke in people. The authors of the study have said that high consumption of animal fat is associated with a greater risk of stroke. On the other hand, fat that is found in vegetable sources is linked to a reduced risk of stroke among people. As per the data, stroke is the fifth top cause of mortality in the United States. Dieticians in the country have been trying to find out how diet plays a crucial role in this. The lead author of the study Fenglei Wang has said that if people try to make some vital changes in their diet such as cutting down red meat and processed meat consumption, it will have a massive effect on public health. Fenglei Wang is a postdoctoral research scholar at the Harvard T. H. Chan School of Public Health. The study has included 27 years of data from more than 117000 health care experts. The data have been fetched from two of the large-scale and longest-running studies on nutrition in the United States, one is called The Nurses’ Health Study, and the other is titled the Health Professionals Follow-Up Study. Participants of both studies have regularly answered questionnaires that have been handed over to them from time to time and have provided their health records to experts. People who have been enrolled in both studies have predominantly been health professionals; that is one of the limitations of the new study, said the experts. The outcomes of the new study have been presented at Scientific Sessions 2021 conducted by the American Heart Association.

Stroke takes place when blood flow is severed from a part of the brain. A stroke that is led by a blood clot is known as an ischemic stroke. A stroke caused by the bursting of a blood vessel is called a hemorrhagic stroke. Experts have claimed that ischemic stroke contributes to nearly 90 percent of strokes each year while hemorrhagic stroke leads to only 10 percent of strokes. The findings of the study have shown that higher consumption of vegetable fats is linked to a reduced risk of ischemic stroke. Experts have claimed that people who have been eating higher amounts of vegetables and polyunsaturated fats such as olive oil are at a 12 percent reduced risk of having an ischemic stroke as compared to those who have been eating fewer amounts of vegetables. The authors of the study have said that having fewer amounts of animal fats seems to have a positive effect on the risk of a wide range of strokes. People who have been eating fats extracted from processed meat and red meat excluding dairy fats have been at a 16 percent higher risk of having strokes as compared to those who have been eating lower amounts of fats from processed and red meats. Scientists have said that fats extracted from dairy products are not associated with the risk of strokes. Dr. Michael Miedema, who is the head of cardiovascular prevention at the Minneapolis Heart Institute, has said that the findings of the study support prior recommendations from nutritional science that people should prefer eating a plant-based diet. Dr. Michael Miedema has not been involved in the study. He has said that the average American diet is full of animal proteins and the sooner people shift their diet preferences from animal-based to plant-based the better off they will be health-wise.

A certified nutritionist Tracy Severson has said that it is crucial to prefer whole foods such as lentils and beans as sources of vegetarian proteins rather than choosing processed alternatives such as plant-based meats that usually have higher amounts of salts, sugar, and saturated fats. Tracy Severson is a dietician who is associated with Knight Cardiovascular Institute from the Oregon Health and Science University. She has said that the findings of the study do not say that everyone should completely dodge meat in their diet. She has said that not everyone should go vegan looking at the findings, replacing one meat of red or processed meat in a week with unprocessed vegetarian alternatives will prove to be beneficial for cardiovascular health. Many previous studies have delivered mixed findings on the effect of tropical vegetable oils such as palm and coconut oil on overall cardiovascular health. Scientists who have been part of the study have advised that swapping fats from animals such as lard or tallow with non-tropical vegetable oils such as olive oil, soybean oil, or corn oil will be helpful. Experts have said that oils labeled as refined are taken as processed. Dr. Michael Miedema has said that having packaged food might land people in trouble. He has said that diet is not the only risk factor that shoots up the likelihood of strokes, smoking, the level of physical activity, and some underlying health issues such as diabetes and obesity as well play a vital role in shooting up the risk of strokes. Diet and physical activity affect other risk factors linked to strokes such as obesity, type 2 diabetes, and the level of cholesterol. Dr. Michael Miedema has said that lifestyle manners are the basis of cardiovascular prevention. The authors of the study have not been able to find out the cause and effect as the study has been observational. Some experts have said that another variable as having excess amounts of salt might be responsible for shooting up the risk of strokes that has not been specified in the study. Dr. Michael Miedema and Tracy Severson have said that despite some limitations, the findings of the study back the outcomes of past studies that diet has a huge effect on an individual’s risk of stroke. Tracy Severson has said that people can avoid many severe diseases by improving their food choices. Even if a person is genetically at a greater risk of cardiovascular disease such as stroke, eating a healthy diet can reduce his or her risk to the same level of risk as someone who does not carry a genetic risk factor.