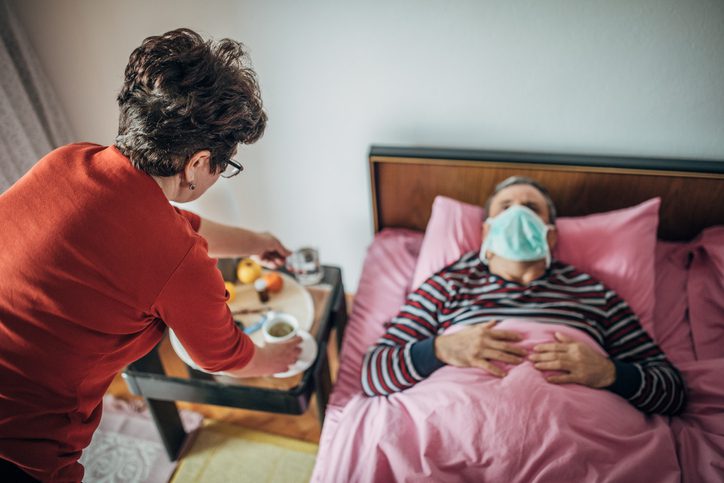 A study has reported that it is very easy to be infected with COVID19 if someone living with a coronavirus positive person in the household. It has shown that around 53 percent of people living with a COVID19 infected person has been diagnosed with the COVID19 infection within a week. While 75 percent of secondary cases have ended up testing positive for the disease within 5 days. The US Center for Disease Control and Prevention (CDC) has as well said that people living with a sick person can get the infection more quickly and easily irrespective of their age. This study has been led by the CDC itself. Experts have analyzed more than 100 households in Nashville, Tennessee, Marshfield, and Wisconsin.

The authors of the study have said that people who feel that they are infected with the virus, they should immediately isolate themselves and use separate bedroom and washroom. They have said isolation should be in place as soon as one starts having symptoms. During the study, most of the patients have confessed that they have spent many hours with the infected family member in the same room, a day before they have started feeling sick. The Executive Director of The Health Emergency at the World Health Organization (WHO) has said that the pre-symptomatic period has been responsible for the uncontained spread of the virus. The Pre-symptomatic period is when health experts fear that people with the virus are at the most infectious stage.

Experts have said that airflow is another risk factor for people who are living with an infected person in the same household. The SARS-CoV-2 can spread quite fast among people who are indoors or are gathered in a closed space. It means that people might be at a higher risk of being infected from those infected people who have been breathing sleeping and eating in the same household. The study has noted that it might be possible that people might have been infected through some other ways as well. Experts have found that 40 percent of the patients with COVID19 have been sleeping in the same bedroom with another infected person in the family before they have been diagnosed with the disease. The patients who have been enrolled in the study have been in the age range of below 12 years to older than 50 years. Experts have urged people that as soon as they suspect that they might be sick, they should start wearing masks inside the home as well. They should also try to improve the air circulation inside the house.