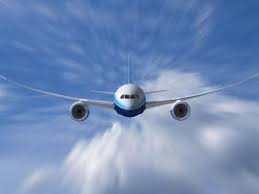 Last year, Americans were granted a federal holiday called Juneteenth. This long weekend coincides with Father’s Day, so there will be lots of travel.

According to statistics from Transportation Security Administration, Friday before Juneteenth was the most-traveled day in 2022. Since Thanksgiving 2021, airports have not been so crowded.

TSA officers said they checked in approximately 2,438,784 passengers at airport security checkpoints across the country on Friday. This was the highest level of checkpoint traffic since the Sunday after Thanksgiving, November 28. This was also about 100,000 more than the Friday before Memorial Day weekend. Although Juneteenth was declared a holiday last year by the US government, it is the first year in which the stock market and banks of the United States will be closed in its honor.

The US airlines couldn’t have been more in need of the passenger surge. Major airlines are struggling to cope with the increase in travel due to weather disruptions, staff shortages, and infrastructure problems. FlightAware says nearly 9,000 flights were delayed in the US on Friday. Another 1,500 flights were canceled.

As the summer heats up, major airlines are already cancelling more flights. Over Memorial Day weekend, approximately 2,700 flights were canceled. Southwest Airlines has canceled almost 20,000 flights between June & Labor Day and is having difficulty hiring the 10,000 workers it claims it needs.

The unions representing Delta, American, and Southwest pilots claim that the airlines caused the current situation by refusing replacement pilots who had retired or taken leaves of absence at the height of the pandemic , which saw air travel plunge.

According to pilot unions, around 8,000 commercial pilots received certificates over the past year. They claim there shouldn’t be a shortage. Companies are using the current service cut narrative to justify cutting safety and training requirements to increase profit margins.

Senators from the United States are paying attention.  Senators Richard Blumenthal and Edward Markey wrote to Buttigieg earlier in the month that flight cancellations can sometimes be avoided, the sheer volume of cancellations and the delays this weekend raises questions about airline decision making,