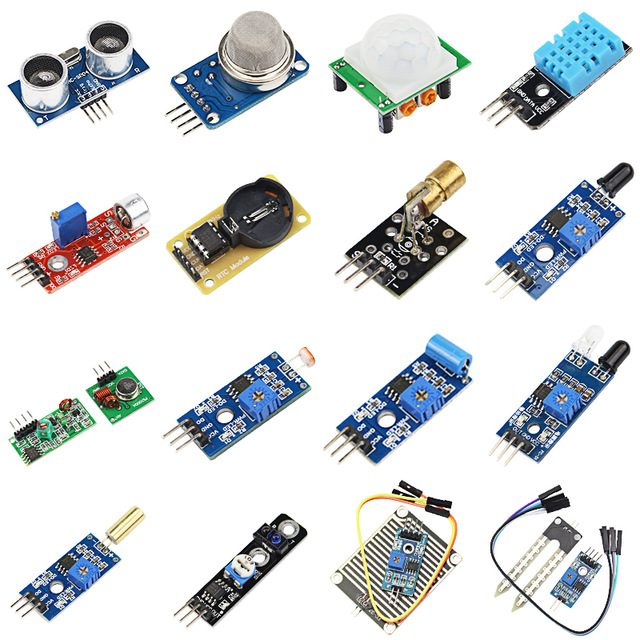 Top 10 Electronic Sensors That Will Change the World in Future

Sensors are electronic devices that detect and measure external phenomena such as temperature, rotation, and movement. These inputs can be used to calculate the effects of improved efficiency or functionality on a range of processes. This article will explore what the top ten sensors are according to their efficiency and use cases. Sensors are electronic devices that sense and convert physical data, such as pressure or motion, into electrical signals. This system is used in a range of fields and can also be wired to many other devices in order to receive and transmit data. They come in a variety of shapes and sizes and they measure things like noise levels, sound level, vibrations, room temperature, humidity levels, airflow rate, and chemical levels.

How does a sensor work?

A sensor is a device that detects and responds to certain stimuli in the environment, such as pressure, temperature, motion, and light. Sensors can be composed of many different materials such as metal, plastic, or silicon. The way that sensors work differs depending on the type of material they are made from. They may change their electrical resistance in response to changes in their environment and in some cases will send an electrical signal in response to their surroundings.

How are they classified?

When people think of Electronic sensors, the first thing that pops into their heads is that they are just tiny little devices that can be found all over the house. In reality, there are a lot more types of sensors than those commonly found in homes and businesses. And not all sensors work for the same purposes either. Sensors can be grouped together according to their type and function, which will make it easier to determine if a sensor is a good fit for your home or business.

The top 10 sensors found in IoT devices are:

1. Temperature Sensors: Temperature sensors measure the amount of heat energy in a source
2. Humidity Sensors: This sensor measures the amount of water vapor in a substance
3. Pressure Sensors: Sensing changes in gases is accomplished through pressure sensing
4. Proximity Sensors: Proximity sensors detect things near the sensor by not making actual contact
5. Level Sensors: Level sensors are used to detect substances, liquids, or powders.
6. Accelerometers: Accelerometers detect the rate of change to an object’s velocity.
7. Gyroscope: Spectacle sensors measure angular rate, also defined as the measurement of rotation and speed around an interesting axis.
8. Gas Sensors: These types of sensors monitor and detect changes in air quality, including the presence of toxic gasses which are combustible or hazardous.
9. Infrared Sensors: Infrared radiation is used to sense characteristics in the surroundings of these types of sensors.
10. Optical Sensors: Some optical sensors convert various kinds of light into electrical signals.

Types of Applications: What are the possible applications for sensors?

The article should discuss the various possible applications for sensors, including air quality, weather patterns, environmental changes, and smartphone applications. It should also describe the top 10 sensors available on the market today.
Sensors are devices that collect data or energy to monitor physical or environmental conditions. They are used ubiquitously in the world for gathering information on everything from water temperature to the temperature of our skin. A sensor is a device that detects or measures some type of physical quantity. Sensors are used in many ways, from the simple measurement of temperature to more complicated devices like accelerometers.

A sensor can be said to have six main functions:

Detect environmental conditions, detect objects, Transmit these measurements or readings, Convert them into different units of measure, Store them for later use or display them on an output interface, Finally process the data.

What are the sensors used by the Army?

The U.S. military uses a variety of sensors to provide early warning of enemy activity, whether that is sensory devices that can detect sound or movement, or advanced imaging systems designed to remotely identify enemies found on the battlefield. The following are the most common military sensors in use today:

The U.S. Army is the largest branch of the military, comprised of over 1.3 million soldiers, and its responsibility is to maintain peace and stability in countries all around the world.

Which sensor is used in a smart home?

In the modern era, there is a substantial increase in the number of home automation or smart home products available to consumers. These products can make life easier and more convenient, while also being safer and more secure. Home automation technology has been around for decades, but only recently have companies started to focus specifically on making electronic sensors that can go into smart homes. As a result, today there are a variety of different types of sensors that work in a wide range of different settings.

What is the difference between the sensor and Smart sensors?

A sensor is a component that monitors different types of signals and sends data to the specified destination. This data could be anything from temperature, light, voltage, and weight. A Smart Sensor can record and transmit data but also make decisions about what to do with the information it collects.

Why do we use sensors?

Have you ever looked at a device and asked yourself, “How does this work?” Well, one answer to that question is the use of sensors. Electronic Sensors are a common feature in many devices. They can be used for a variety of different purposes, from tracking weather patterns to helping an airplane land safely.

In the last few years, there has been an influx of new sensors on the market. Some of these sensors are used for fitness tracking, while others are used to measure things like environmental pollution levels. These different sensor types tell us a lot about the future of technology. For example, ones that help track fitness usually have larger battery life and can survive through a wide range of conditions.