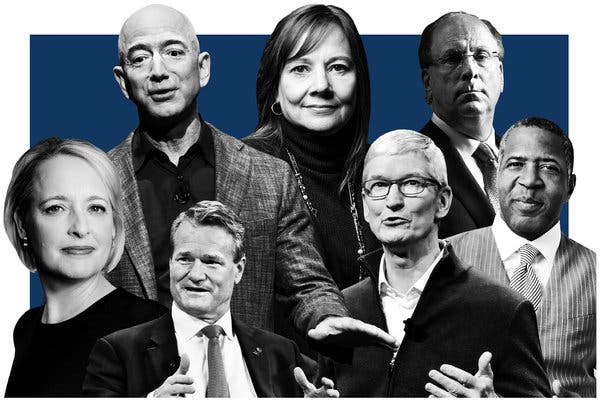 Top CEOs OF America Are Lowering Their Expectations About The Economy

The Business roundtable consists of CEOs of the top companies around America. In a recent survey, it’s been found that chief executives of the nation’s biggest companies have lowered their expectations about the growing US economy. They said the US economy would grow at 2.3 per cent as compared to last quarter’s 2.6%. Other than this they said the country would witness a shortfall in hiring, capital investments and sales throughout this quarter. Joshua Bolten, who is the chairman of the Business Roundtable, said that uncertainty is what causing big problems here.

The country is going through various trade tensions with other countries like China, Mexico and Canada. JP Morgan CEO Jamie Dimon said that trade tensions with China should be sorted out; otherwise, it’s going to affect poorly on the US economy. In this meeting of top CEOs, they were asked about the negative impact the ongoing trade war is having over the US economy. More than fifty per cent of these CEOs agreed the US economy is getting hit because of it and others said the capital investment is getting affected.

Corporate executives are trying their best to resolve this issue of a geopolitical situation with Canada and Mexico. Earlier, they urged Trump administration to put a stop on the ongoing trade tensions with China and other North American countries. However, the current government is not taking a smooth action over this issue. Feds recently decided to cut interest rates for the second time in a row which shows that the economy is going through a bad phase. Jamie Dimon said that the US needs to change its economic policies which will make room for more businesses in here. The business roundtable consisting of top CEOs shows the government needs to make some changes into current economic policies.