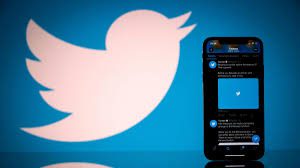 There is some good news for some hosts on Spaces. Some iOS users will now be able to generate revenue from Spaces. These hosts will be able to sell ‘Ticketed Spaces’. The feature was launched in June this year. But back then it was only those iOS users who hosted three Spaces in a month and had a minimum of 1,000 followers. Also, the age of the host should be above 18+. Space is an audio-only chat app. In other words, it is Twitter’s version of Clubhouse. But Clubhouse does not allow hosts to sell tickets in advance. However, it has a feature that allows users to send money to creators through a virtual tip jar.

Commenting on the new features being added on Spaces, a Twitter representative said that the microblogging site is working with hosts of Space for Ticketed Spaces. The company has not commented on how many Space users will have access to this feature. There are no words on when hosts can expect a more universal rollout. For now, iOS users who are on Space can buy tickets to join Spaces hosted by their favorite creators. “We are trying to help hosts who are creating cool spaces. Some hosts can now create Ticketed Spaces! We are currently working with iOS users only. Soon this will be available for all users. This is taking some time but it is only because of the reason that we want to get things right for users,” the company said.

The feature will allow the host to invite up to 100 people. It also allows creators to remind them that new Space is happening with the help of in-app notifications. Earlier, the microblogging site had said that it would take a 3 percent cut from the total earnings a creator makes from Ticketed Spaces. Ironically, the feature comes at a time when there has been a dip in the popularity of these audio-chat apps. There was a time when these apps were extremely popular among users. The clubhouse was the one that reaped the most benefit during the initial days.