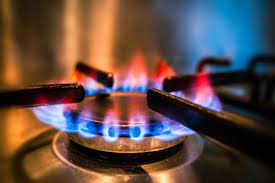 As consumer energy costs have increased from £1,971 to £3,549 per year, think tanks, lawmakers, and campaign organizations call on the government to address the cost-of-living crisis. The price cap, which is adjusted by Ofgem during the year to reflect wholesale market pricing and other sector costs, places a limitation on how much in utilities can household customers in England, Scotland, and Wales be charged for their combined gas and electricity bills.

Over the past year, gas prices have risen to record highs as a result of growing demand in Europe, insufficient gas storage space, and a decline in pipeline importations from Russia due to its invasion of the Ukraine. Electricity costs have subsequently increased as a result. Ofgem announced earlier this month that it will reassess the cap every three years.

The government stated in July that it will provide all homes with a £400 grant to help with bills over a six-month period beginning in October, along with an additional one-time payment of £650 to 8 million disadvantaged households. A few vendors have also disclosed customer support packages.

However, the enormity of the issue, which has been compared to the COVID-19 pandemic and the 2008 financial meltdown in terms of its impact on the populace, has been severely criticized for not being addressed.

According to Jonny Marshall, senior economist at the Resolution Foundation think tank, “Disaster is coming this winter as increased energy bills could inflict catastrophic physical and financial damage on households throughout the UK.” Jonny Marshall made this statement prior to the announcement.

We’re on course for thousands of people to entirely shut off their electricity, while millions will experience financial hardship and build up unmanageable debt. Politicians, consultancies, and suppliers have all put out various solutions to address the situation, but despite the escalating costs, no new policy pronouncements have been made due to the ongoing UK election. Both candidates, Rishi Sunak and Liz Truss have mentioned the need for more assistance for individuals and businesses, but they both stated that no decisions will be taken until the new prime minister is chosen on September 5. Sunak declared he will continue to offer “direct financial help” to vulnerable groups during a leadership meeting on Thursday night. The current front-runner in the race, Truss, reaffirmed earlier statements about her willingness to utilize tax cuts to relieve household stress, undo a recent increase in the national insurance levy, and halt charges for green electricity.

The price cap may be frozen at its present lower level, which utilities claim would require funding through a government-supervised funding package to avoid industry disruptions, or it may rise to allow an extension of domestic assistance. To prevent putting millions of homes in financial trouble, consumer group Which? stated on Thursday that the government must increase family payments from £400 to £1,000, with an additional one-time minimum payment of £150 going to the lowest income households. The opposition Labor Party has stated it will maintain the April-October cap through the winter by eliminating the £400 blanket payout, extending the recently enacted windfall tax on oil & gas corporations, and is finding other ways to save money.

According to Marshall of the Resolution Foundation, “the incoming prime minister must explore the unimaginable in terms of the policies required to attract adequate support where it is most needed.” “An inventive welfare tariff could provide more focused assistance, but it would face enormous delivery issues, whereas the price cap freeze delivers too much to people who are least deserving of it. A solidarity tax for high earnings might be used to solve this issue. While this policy is unfathomable in the current climate of leadership discussions, it is a workable answer to the situation that families are in this winter.

European countries are creating their own citizen support programs in response to growing wholesale prices and differing degrees of reliance on Russian gas.

At an expected cost of €9.7 billion, France completely nationalized the energy company EDF, the capping rate rising to 4%.

By April 2024, a fee that would assist utilities to pay for the expense of replacing lost Russian supplies is anticipated to cost German households about €500 (US$509) more annually, and power prices are anticipated to also increase. The administration has come under fire for not expressing sufficient support while negotiating a sales tax exemption on the levy and an aid package for impoverished people. Windfall taxes have been utilized in both Italy and Spain to pay for a combination of assistance to low-income households and restrictions on the growth of their expenses.